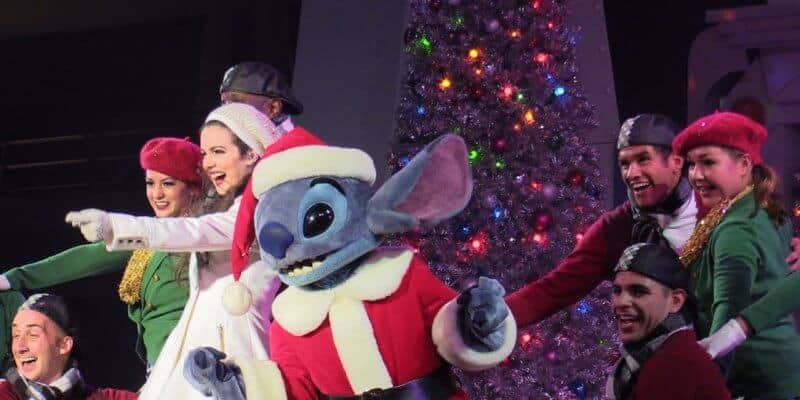 The holidays at Walt Disney World will look different this year due to the pandemic. Disney already announced that Cinderella Castle won’t be having its annual Castle Dream Lights and the Resorts won’t be having the incredible gingerbread displays.

If you need help planning your Disney World holiday vacation, get started here.

However, just because Disney is scaling back doesn’t mean the holidays won’t be happening at all. In fact, beginning November 6, Disney World will be hosting “festive flotillas” at Disney’s Animal Kingdom, Holiday Promenades at EPCOT, Merry Motorcades at Disney’s Hollywood Studios, the Christmas Tree Trail at Disney Springs, and of course, the iconic decor at Magic Kingdom including the toy soldiers and the Christmas tree. But what about some of the special stage shows that Magic Kingdom hosts, including A Totally Tomorrowland Christmas stage show?

In case you aren’t familiar, the A Totally Tomorrowland Christmas stage show replaced Mickey’s Twas the Night Before Christmas in 2009 at Magic Kingdom, which took place during Mickey’s Very Merry Christmas Party. Guests can typically see Stitch, Buzz Lightyear, and Mike Wazowski join a host and amazing dancers as they sing along to holiday songs and entertain Guests.

However, this year since Mickey’s Very Merry Christmas Party was cancelled, along with the temporary halt on stage shows at Walt Disney World due to the pandemic, we weren’t sure if Magic Kingdom would be hosting the A Totally Tomorrowland Christmas stage show this year.

Well, Inside the Magic recently visited Magic Kingdom and noticed that the Tomorrowland stage show is decked out in holiday decor. Does this mean a modified version of A Totally Tomorrowland Christmas stage show is coming to the park this year? Or are these decorations instead there so that characters like Stitch and Buzz Lightyear appear more festive when greeting Guests from a distance?

Disney has not yet announced anything official, and it’s likely that the show won’t be coming since it wasn’t announced as part of the holiday lineup, but Inside the Magic will continue to update you as we get new information.

Check out the photos for yourself here and let us know what you think in the comments below!

You can watch the full version of A Totally Tomorrowland Christmas here:

Comments Off on Is a Modified Version of ‘A Totally Tomorrowland Christmas’ Stage Show Coming?