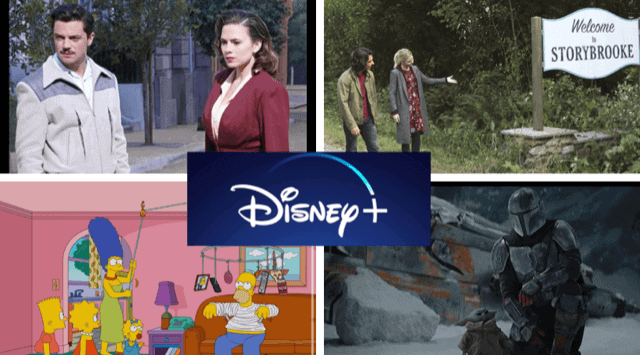 Disney’s very own streaming service has just celebrated its first anniversary! No with over several million subscribers, it got us thinking — exactly what are all these subscribers watching.

With Disney+ being the most used streaming service, it makes us curious as to what all these millions of users are actually watching. Now, thanks to JustWatch, we have the top ten streamed shows that are currently on Disney+. And if you guessed anything to do with Star Wars, you’d be correct!

Here are the Top Ten shows currently being streamed on Disney+:

3. “Cosmos”- Continuing the legacy of its predecessors, COSMOS: POSSIBLE WORLDS will translate the revelations of science into a lavishly transporting experience, taking audiences on a series of spiritual voyages of exploration.

4. “The Clone Wars”- As the Clone Wars sweep through the galaxy, Anakin Skywalker and his new Padawan learner Ahsoka Tano plunge into the a dangerous mission to rescue the kidnapped son of crime lord Jabba the Hut.

5. “Once Upon a Time”- A boy contacts his long-lost mother who gave him up for adoption and convinces her to follow him to Storybrooke, Maine, where storybook characters who inhabit the town are trapped by an evil queen.

6. “DuckTales”- When Donald Duck joins the Navy, Huey, Duey, and Louie are left in the care of Scrooge McDuck.

7. “Gravity Falls”- Dipper and Mabel Pines are twins who spend their summer with their eccentric Uncle Stan.

8. “Agent Carter”- 1946. Working for the covert SSR , Peggy finds herself doing administrative work when she would rather be out in the field taking down the bad guys.

9. “Runaways”- Six teens discover their parents hide a terrible secret. After stumbling on a plan with devastating consequences, the kids team up to stop their parents before it’s too late.

10. “Star Wars: Rebels”- It is a dark time in the galaxy, but the motley crew of the starship Ghost stands up for those who cannot fight for themselves, providing the spark to ignite a rebellion.

This is only a small fraction of the shows that are actually offered by Disney+. Not to forget that the streaming service is always updating and adding more original content and family classics!

Related: How Disney Could Double the Content on Disney+

Did any of these shows surprise you for being in the top ten? Let us know in the comments!