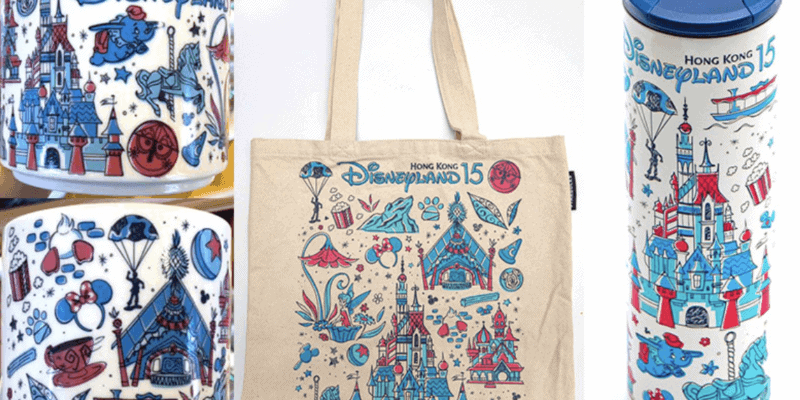 The ‘Been There’ series even traveled to a galaxy far, far away for the 40th anniversary of Star Wars: Episode V – The Empire Strikes Back.

Now, the ‘Been There’ collection has expanded to Hong Kong Disneyland to celebrate the them park’s 15th anniversary! Typically, Starbucks only releases mugs, but this series includes additional items — an adorable tote and a water bottle are also available.

Been There Disney — Hong Kong Disneyland — 15 Years of Magical Dreams. There is exclusive Starbucks merchandise to commemorate the open [reopening] of the park

If you are interested in ordering any of these Hong Kong Disneyland Starbucks products for yourself, there is an Instagram personal shopper (@hkdisneylandism) who will purchase and ship them directly to your doorstep! The account showed close-up photos of all three items in the new ‘Been There’ Disney Parks series.

One of the most exciting things about this merchandise collection is that it features the gorgeous new Hong Kong Disneyland castle! If you enjoy Disney Parks history, the complete transformation of the former Sleeping Beauty Castle is a big deal from a historical standpoint — never before has a Disney castle been completely reimagined in this fashion.

So, if you want to commemorate the brand new Castle of Magical Dreams with everyday items you know you’ll use, this Starbucks series is the perfect choice!

Are you going to order new Hong Kong Disneyland Starbucks ‘Been There’ merchandise?