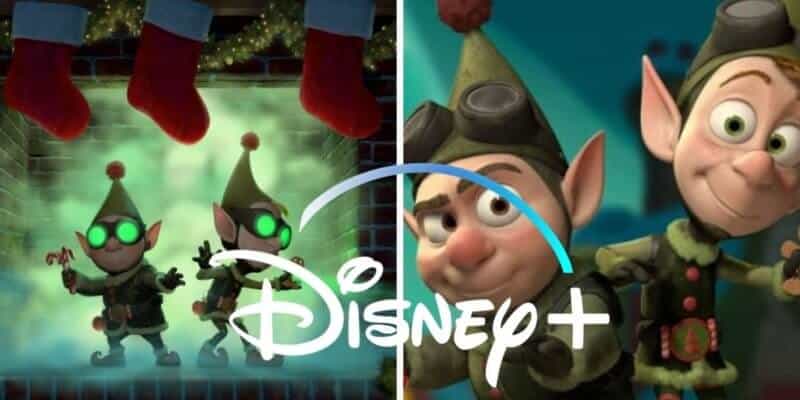 Now that Halloween has come and gone, everyone is gearing up for the holiday season — I mean, Walt Disney World already took down the Mickey pumpkins and replaced them with beautiful holiday wreaths overnight.

Now, Disney’s streaming service, Disney+, is getting ready for the holidays as well as they have just announced two holiday-themed shorts will be hitting the platform soon!

Australia and New Zealand are also getting a third short in the collection, Operation Secret Santa. There has been no word if this short will also be coming to the United States or Canada but Inside the Magic will update you as we get information.

Related: Tis the Season: The best Christmas movies streaming now on Disney Plus

A high-tech team of elves from an elite unit known as Prep and Landing ensures homes around the world are prepared for Santa’s visit. But an elf named Wayne is upset when he doesn’t receive a promotion. Instead, he is partnered with Lanny, an idealistic rookie. During their mission, Wayne and Lanny encounter unexpected challenges that push them to their limits and threaten Christmas for children everywhere.

The yuletide adventures of Christmas elves Lanny and Wayne continue in an ABC holiday special for 2011 in Prep & Landing: Naughty vs. Nice. With the Big 2-5 fast approaching, Wayne and Lanny must race to recover classified North Pole technology which has fallen into the hands of a computer-hacking Naughty Kid! Desperate to prevent Christmas from descending into chaos, Wayne seeks out the foremost Naughty Kid Field Expert to aid in the mission: a bombastic member of the Coal Elf Brigade who also happens to be his estranged brother, Noel.

If you aren’t yet signed up for Disney’s streaming service, you can get started by heading to disneyplus.com here.

Are you excited to see both of these holiday shorts hit Disney+? Let us know in the comments below.