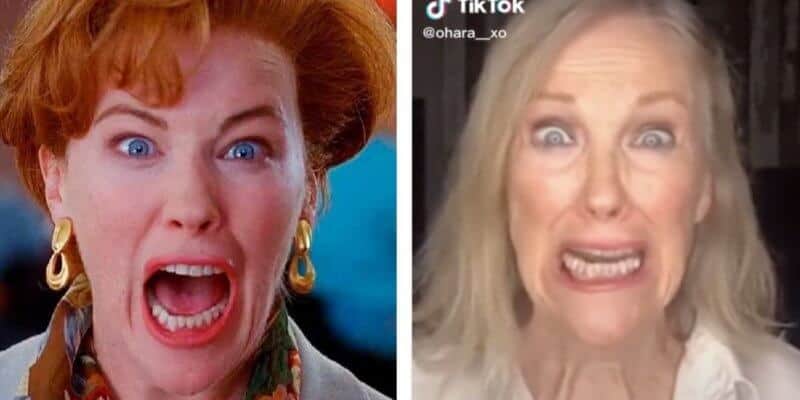 It’s officially the holiday season! I don’t know about you but I absolutely love this time of year. Sipping hot chocolate, wrapped in a warm fuzzy blanket curled up on the couch, and watching Christmas movies.

One of my all-time favorite holiday films is Home Alone, starring Macaulay Culkin as Kevin McCalister, a kid who is unexpectedly left home alone after his family rushes out of the house to try and catch the plane for their upcoming vacation.

Well, to get us into the holiday spirit, Catherine O’Hara, known for portraying Kevin’s mother in the film, posted a video to TikTok recreating one of the famous scenes from the movie!

The TikTok video shows O’Hara side by side with her character from the sequel, Home Alone 2: Lost in New York. The famous scene that she is reenacting is when O’Hara’s character realizes she lost her son for a second time, while taking their Christmas family vacation. Once the reality hits her, she screams and then quickly faints.

Home Alone is now streaming on Disney+. If you aren’t yet signed up for the streaming service, you can get started here.

Do you love the Home Alone films? Are you excited to see O’Hara recreate the famous scene? Let us know in the comments below.