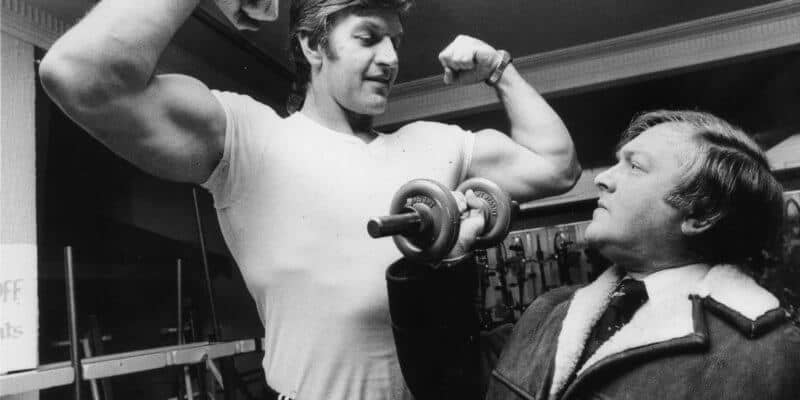 Yesterday, news broke that Darth Vader actor David Prowse had passed away at the age of 85.

Star Wars creator George Lucas has released a statement regarding the bodybuilder, who brought the physical strength necessary for the Darth Vader role — while the iconic James Earl Jones supplied the voice of the infamous antagonist.

“David brought a physicality to Darth Vader that was essential for the character. He made Vader leap off the page and on to the big screen, with an imposing stature and movement performance to match the intensity and undercurrent of Vader’s presence. David was up for anything and contributed to the success of what would become a memorable, tragic figure. May he rest in peace.”

ComicBook.com shared an amusing anecdote about how Prowse was cast as Darth Vader:

“What happened actually is my agent rang me up and said there’s a gentleman in town called George Lucas who would very much like to see you,” he said. “So, I went out to see him and meet up with him. He took me into a room and showed me all these conceptual drawings. He said, ‘I would like to offer you one of two parts in this movie I’m doing. The first one is a character called Chewbacca.’ I said, ‘What in the h*** is Chewbacca?’ ‘He goes through the film on the side of the goodies, you see?’ I heard that and said, ‘Three months in a gorilla skin? No, thank you very much!’

“’The other one is called Darth Vader. He’s the big villain of the film, you see?’ I said, ‘Don’t say anymore George, I’ll have the villain’s part. He said, ‘Tell me why?’ Think back on all the movies you’ve ever seen when there’s good guys and bad guys. You always remember the bad guy!”

Lucas is not the only person close to the Star Wars universe who paid tribute to Prowse over the course of the past two days. Carl Weathers — who has both directed The Mandalorian and portrayed Greef Karga in the hit series — shared this social media post:

RIP David Prowse. That stature contributed so much to Darth Vader’s legend. #BePeace

Rest In Power David Prowse. The force is with you and your loved ones. Always has been. Always will be. #TimeToShineInTheLight

Rest In Power David Prowse. The force is with you and your loved ones. Always has been. Always will be. #TimeToShineInTheLight pic.twitter.com/rFkyAJnZnW

Today, Prowse’s daughter confirmed the octogenarian actor died from complications due to COVID-19.

The ITM team sends thoughts and best wishes to all who knew David Prowse during this incredibly challenging time.