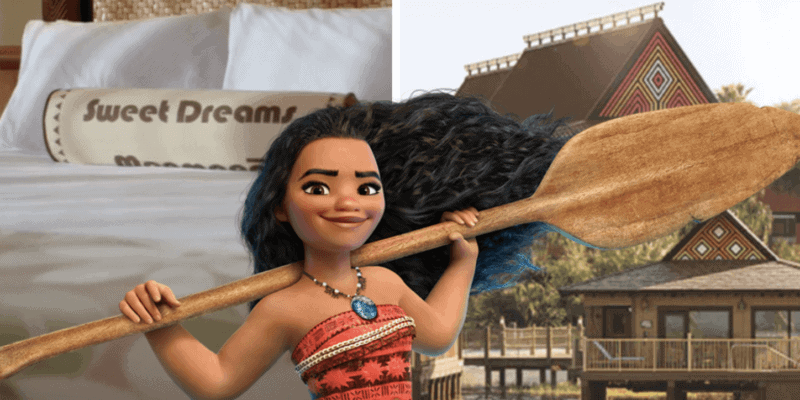 In August of this year, it was announced that Disney’s Polynesian Village Resort would be closing until Summer 2021 due to ongoing renovations.

Although fans of this Disney World Deluxe Resort hotel were sad to hear about its lengthy closure — although the Polynesian Resort Villas and Bungalows are still available to Disney Vacation Club Members — many were simultaneously thrilled about what is to come.

One of the most exciting parts of Disney’s Polynesian Resort refurbishment announcement was the fact that numerous rooms at the hotel will be re-themed using inspiration from the hit movie Moana!

This morning, while an ITM team member was riding the Resort Monorail, we were able to confirm that all of the rooms on the lower floor of one of the Polynesian Village Resort’s guest room buildings have been completely emptied of furnishings ahead of the Moana remodeling project.

While we were riding the monorail, we saw workers were walking in and out of the rooms and it appeared that all carpeting had been removed — concrete floors were visible in the empty guest rooms.

When the original announcement about the Moana hotel rooms was made, Disney stated:

“As we continue to reopen additional Disney Resort hotels to Guests, we are modifying the reopening date for Disney’s Polynesian Village Resort which will reopen next summer. This schedule adjustment also allows us to complete some refurbishment work at the Resort hotel, including enhancements to the Great Ceremonial House and Guest rooms. We expect work to begin in early October and look forward to sharing more about these changes in the future. The Villas and Bungalows at Disney’s Polynesian Village Resort will remain open during this refurbishment.”

…a move to a Pacific Ocean-inspired color palette as well as details, patterns and textures from Disney’s ‘Moana,’ an animated film that takes place on the Polynesian island of Motunui.

Let the experts at Academy Travel help you plan your next magical vacation to any of Walt Disney World’s four theme parks — Magic Kingdom, EPCOT, Disney’s Animal Kingdom, and Disney’s Hollywood Studios are waiting for you!