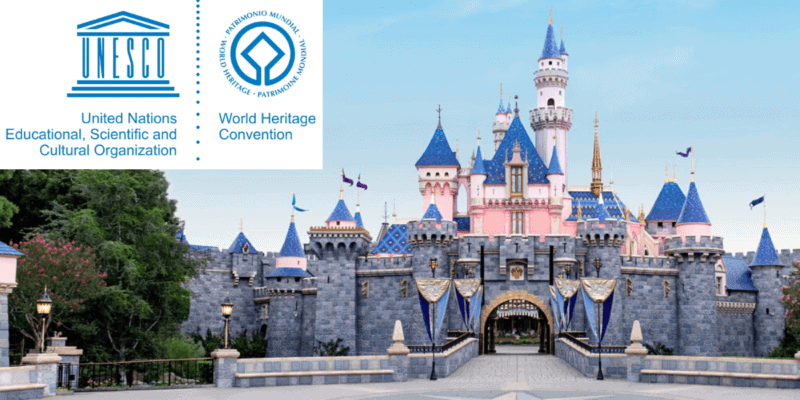 Disneyland‘s future should be as a World Heritage Site. For over 65 years the theme park has been a staple of American culture and the genesis for an entirely new kind of business that has been copied around the world. While its make up is that of fictitious facades, its real-world legacy — I believe — more than pays the dues needed to receive this status of perpetual preservation.

Disneyland is more than just a theme park. It is the original theme park that set the standard and began a cultural revolution within America and around the world. Since its opening in 1955, more and more people have wanted to indulge in this whole new form of entertainment: one that combines the magic of movies and the thrill of amusement parks and inserts people as the characters in their own movies.

But its legacy goes beyond frivolous escapism and entertainment, Disneyland is also revolutionized how Americans and the world see amusement parks as a whole, challenging such places of entertainment to become hubs of technological and engineering innovation, bring about developments in immersive storytelling, and encourage the sharing of new ideas.

In these ways and more, I believe that Disneyland falls sufficiently withing UNESCO’s definition of World Heritage.

World Heritage is the designation for places on Earth that are of outstanding universal value to humanity and as such, have been inscribed on the World Heritage List to be protected for future generations to appreciate and enjoy. Places as diverse and unique as the Pyramids of Egypt, the Great Barrier Reef in Australia, Galápagos Islands in Ecuador, the Taj Mahal in India, the Grand Canyon in the USA, or the Acropolis in Greece are examples of the 1007 natural and cultural places inscribed on the World Heritage List to date.

Now, if you find yourself asking “TJ, do you really think that Disneyland is as significant to world heritage as the Taj Mahal and the Pyramids?” My answer is yes.

In my opinion, Disneyland is a marvel of construction and equally as iconic for its culture as the Taj Mahal was in its time. No, a real princess does not live in Sleeping Beauty Castle. No, the animals on the Jungle Cruise are not real. No, Space Mountain does not actually take you into space. But that is not the point.

My point is that Disneyland is such a reflection of our culture and a definition of how we judge standards of entertainment. After all, we are still going to visit the Roman Colosseum and the Greek theaters. Just as anthropologists and archaeologists continue to look back there, so too will they one day be looking at our blip in history and asking the same questions: “How did people entertain themselves, and how did that entertainment affect and evolve the culture at large?”

On that deeper cultural and anthropological level, I believe that Disneyland should be remembered by history as a product of capitalist America’s free enterprise that focuses on leisure and world-building, allowing people to escape reality.

Disneyland unapologetically romanticizes the worlds of yesterday, tomorrow, and fantasy, and proudly upholds the most significant aspects of America’s Post-War Western identity while remaining open and welcoming to people of different backgrounds from all over the world and inspiring people to dream big and come up with new ideas and new philosophies.

I say this not to make a political statement, but rather submit an objective look — for better or worse — at the American culture it portrayed, the world in which it was created, and the words Walt used to describe Disneyland himself: “Disneyland is dedicated to the ideals, the dreams and the hard facts that have created America.”

The theme park as we know it today is a Western entertainment concept, but it has also been adapted to lands and cultures all around the globe. Just look at the other Disney Parks in Paris, Hong Kong, Tokyo, and Shanghai. Look at Universal Studios Florida, Japan, Singapore, and soon-to-be Beijing.

Disneyland created Imagineering which sparked a competitive expedition of architectural, technological, and engineering innovations that have arguably never been seen outside of wartime or some other nation-driven level.

Those innovations have been implemented by imitators and other Disney theme parks around the world and range from its hub-and-spoke master plan to every aspect of Star Wars: Rise of the Resistance and everything in between. Matterhorn Bobsleds was the first roller coaster in the world to feature the tubular track found on almost all roller coasters today, Star Tours was the first simulator ride in a theme park, and Disney introduced the world to audio-animatronics, which was a major step in the field of robotics. 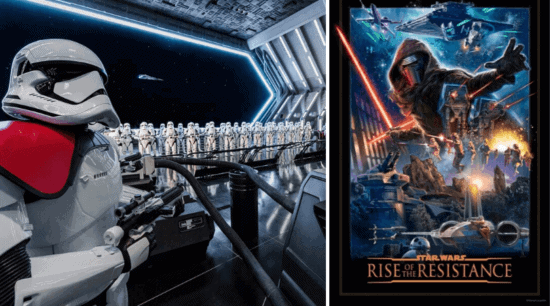 I believe that, hundreds and possibly thousands of years from now, history and anthropology are going to record that there was a time when humanity flocked to these places called theme parks. It is an entire saga of global anthropology which should be taken as seriously as other sagas like Egyptology and Greek Mythology.

If we are to preserve one example of that sage, I believe it should be the park that started it all on July 17, 1955, the perfect model that parks around the world have been trying to imitate for over half a century. (And I hope historians use Inside the Magic as their source). 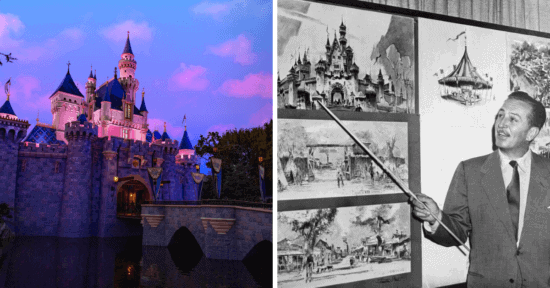 Let me be clear, I do not want UNESCO to give Disneyland this title anytime soon. To say that would be to say I’m ready for Disneyland to be done growing and changing, and that could not be further from the truth.

But I do believe that Disneyland will remain open for hundreds of years. By taking its rightful place as a World Heritage Site, Disneyland will survive after the Walt Disney Company is long gone, and the young and young at heart of the future will be able to take that same walk through those gates and read Walt’s immortal words:

“To all who come to this happy place, welcome. Disneyland is your land. Here age relives fond memories of the past…and here youth may savor the challenge and promise of the future. Disneyland is dedicated to the ideals, the dreams and the hard facts that have created America…with the hope that it will be a source of joy and inspiration to all the world.”

Whatever it will look like — be it a complete return to opening day or an evolutionary state where it has “plussed” itself beyond our recognition — we need to find a way to preserve the historic and influential magic of Disneyland in utter perpetuity as both a landmark of history and a source of inspiration for centuries to come.

Do you think Disneyland should ever become a protected World Heritage Site? Why or why not? Let us know in the comments!

Comments Off on OpEd: Disneyland Should (Eventually) Become a World Heritage Site