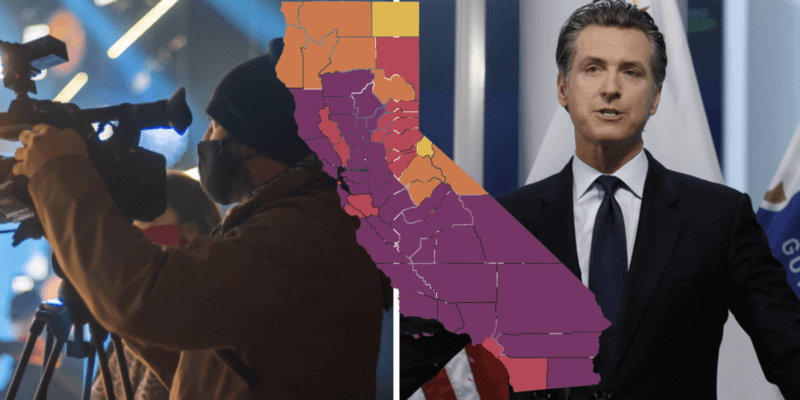 The Walt Disney Company and California Governor Gavin Newsom’s office have been locked in a heated battle to reopen Disneyland Resort for months now.

Related: CA Lawsuits Begin, Could Disneyland Be Next?

While the Governor hasn’t budged on his stringent theme park reopening guidelines, he has, apparently, just granted exemptions to COVID-19 restrictions for California’s film industry — including Walt Disney Studios, 20th Century Studios, and Pixar, which all fall under the Disney banner.

Gov. Gavin Newsom on Thursday announced a limited stay-at-home order. The order requires “generally that non-essential work, movement and gatherings stop between 10 PM and 5 AM in counties in the purple tier.” That means basically every county in Southern California and 94% of the state’s population.

But Newsom’s office told Deadline on Thursday that the order (read it here) did not apply to entertainment industry workers, who are on the list of essential workers and thus an exception to the rule.

Burbank, California, where Walt Disney Studios is headquartered, is in Los Angeles County, which has been moved back to California’s most restrictive coronavirus tier, the purple tier. As of November 16, Alameda County — where Emeryville, CA and Pixar Animation Studios can be found — was also moved into the purple tier.

Deadline’s report continues with details about the new exemptions:

The guidance does indicate this exemption only applies if remote work is not possible, but with film and TV production it is often not.

Film and TV production employees were not included on the essential workers list during the first California shutdown in March. Their addition to the list speaks to the success and strong protocols on set since then.

Deadline also Tweeted about the changes to California’s essential worker regulations that allow film and television crews to continue working. Social media users in the comments have mixed reactions to the news — some are happy to hear that the entertainment industry has implemented strict health and safety protocols, while others are alarmed that movie and TV series production is considered essential by the state when so many other entertainment venues (including theme parks and stage shows) have not been allowed to reopen.

What do you think about Disney and other major motion picture studios being allowed to continue working even under California’s new stay-at-home order? Do you agree with CA’s Blueprint for a Safer Economy overall?