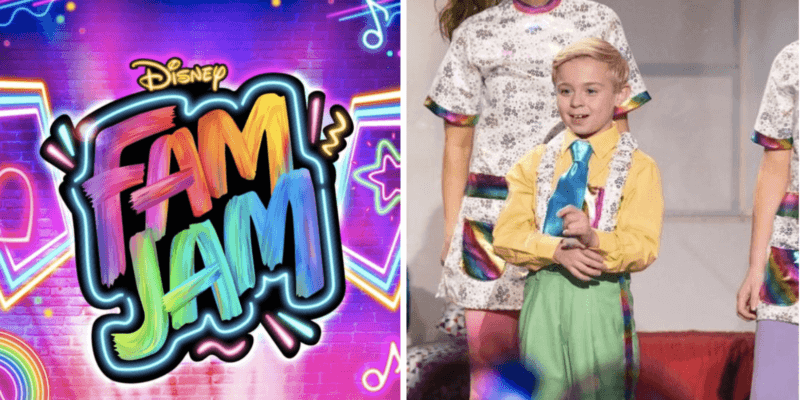 A young dancer from Scottsdale, Arizona — who just happens to have autism — will be shattering stereotypes tonight (November 23) on Disney Channel.

8-year-old Brendan Schroeder was diagnosed with autism at just 13 months. Now, the young boy is shattering expectations by becoming an incredible dancer who caught the eye of producers at Disney Channel’s Fam Jam game show.

Each time Gina Schroeder calls her baby boy’s name, and each time there’s no response, you see Brendan has autism.

And yet, the Schroeders haven’t let this define their family. When a local dance teacher suggested that a then 3-year-old Brendan give the activity a try, Gina was understandably skeptical, but ultimately signed him up, figuring she had nothing to lose.

Related: ‘Be Our Guest’ With This Magical Adaptive Halloween Costume

But they gave it [dance lessons] a try, and Brendan started to dance. He experienced a big break-through in the studio following years of extensive therapies.

“As time went on he kept dancing, more words started coming out of his mouth, like he started talking more,” Schroeder said. “He just started engaging with people more.”

“I like to dance and I like to spread my dance around the world,” Brendan said. “Dancing has really helped me to show my autism and I just get to be myself.”

Fam Jam is a competition-style game show in which two families compete for a $10,000 prize. It premiered in February 2020 and can be watched on Disney Channel or on the Disney NOW app.

If you want to see if Brendan and his family win their episode of Fam Jam — hosted by Ariel Martin, Trevor Tordjman, and Phil Wright — tune in tonight at 9 PM EST, or you can watch later on Disney NOW.