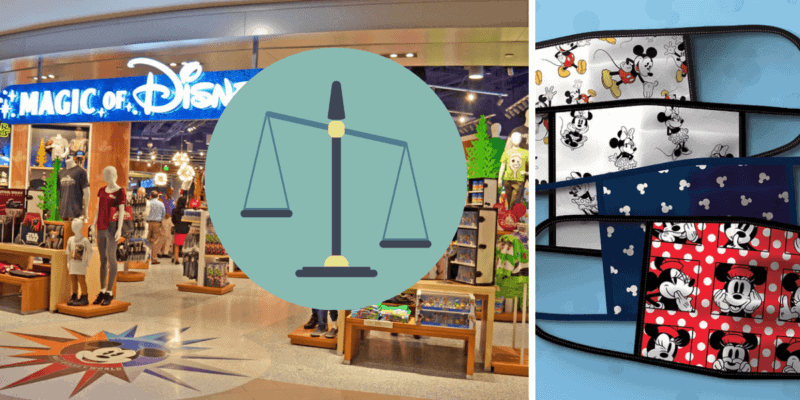 A report by The Morning Call details the story of the mother of an autistic boy who is suing Disney over their face mask policy. In their report, the autistic boy and his family were turned away from entering a Disney store at the Lehigh Valley Mall in Northampton, Pennsylvania because the boy was unable to comply with the store’s face mask policy.

Related: Tips for Visiting Disney Parks With Kids After Reopening

When Shea Emanuel took her sons to the Lehigh Valley Mall in Whitehall Township last month on a birthday outing for the boy’s younger brother, staff at the Disney Store would not allow them to enter because he was not wearing a mask. Emanuel explained to the store manager that her son is autistic, which prevents him from wearing a face covering, but the manager refused to allow the boy into the store, the lawsuit claims.

The experience was humiliating for Emanuel and her sons because they were turned away in front of about a dozen other patrons waiting. Her elder son, “was especially distraught since he was unable to fully comprehend why he was not allowed to enter the Whitehall Disney Store,” the suit says.

The report goes on to detail how the lawsuit is claiming that Disney is in violation of the Americans with Disabilities Act. We will continue to monitor the developments of this story.

This is not the first instance of families being asked to leave a Disney Store over the face mask guidelines. Earlier this year we reported on a similar incident where a family was asked to leave the Disney Store due to their six year old who is also on the autism spectrum having difficulty keeping her mask above her nose during their visit.

The Disney Store has a great “Know Before You Go” section on their website. You can have a look at it here so you know what the latest health and safety guidelines are before you visit a location in person. It clearly lists all of the rules and regulations for the Disney Store’s in-person locations.

What do you think about this situation? Share your thoughts with us in the comments.