Could X-Men Characters Make Their MCU Debut in 'WandaVision'? - Inside the Magic 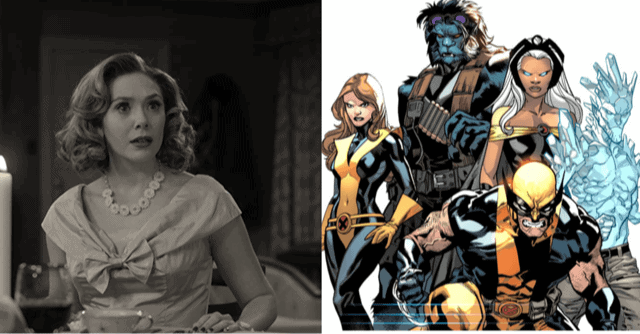 Marvel’s first-ever series Wandavision is coming to Disney+ at the end of this year! Not much is currently known about the new series, but there is plenty of possibility to see more of our favorites from Marvel.

What we have seen of Marvel’s Wandavision is a handful of series posters and a teaser trailer that was released during this year’s Primetime Emmy Awards. In this television spot, not much was revealed. The trailer did confirm that part of this series takes place in a retro timeline but also takes place in different decades as well.

As for the cast, we do know that Elizabeth Olsen and Paul Bettany will be reprising their Avengers roles. Also listed for the cast is Katheryn Zahn, Thor‘s Kat Dennings,  Randall Park, and Teyonah Parris. This is quite the star-studded cast from what we can tell. However, could there be more to add to this casting?

In a rumor from BGR.com, viewers could receive a big hint in the series’ last episode that could introduce the X-Men to the MCU. This could be huge as we move into Phase 4 of the Marvel Cinematic Universe. This series leak could have some validity to it, but we won’t know for sure until Wandavision debuts on Disney+.

Related: Marvel Phase 4: Here Is What We Know So Far

The rumored leak (POSSIBLE SPOILER ALERT!) speculates that during the final episode of the season an agent for a S.H.I.E.L.D replacement known as SWORD tells Wanda of a certain percentage of individuals that have altered DNA. These individuals appeared after the Thanos snap and the agent refers to them as “mutants”.

If this leak is true, this will be the first time mutants or the X-Men to be mentioned in the MCU. This is due to the fact that Disney just acquired 20th Century Fox who had the rights to the X-Men franchise. This introduction could lead to so much more for the MCU and could be very exciting!

But, again, this remains a rumor that should be taken with a grain of salt until official confirmation or denial comes from Disney or Marvel.

What do you think about this rumor? Do you think it’s true? Let us know in the comments!

Comments Off on Could X-Men Characters Make Their MCU Debut in ‘WandaVision’?