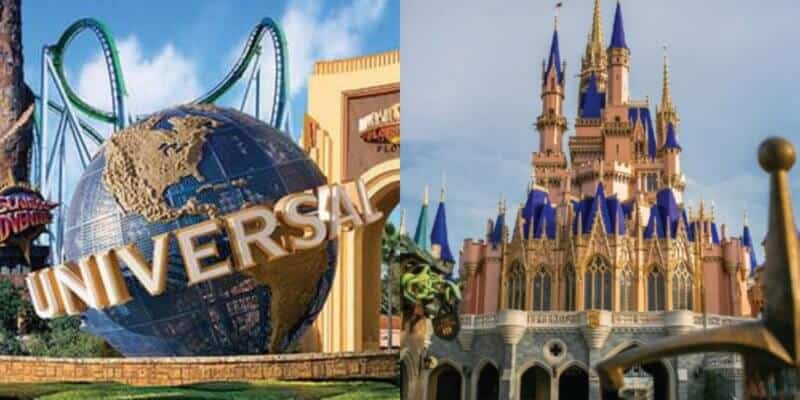 After the pandemic shut down Universal Orlando Resort and Walt Disney World Resort, the Orlando theme park industry has been trying to bounce back from the finical loss this caused, and is still continuing to cause.

Both theme parks in Orlando are currently operating at reduced capacity, causing The Walt Disney Company to have laid off 28,000 Cast Members and Universal having to layoff thousands of employees as well. Universal is also battling financial loss due to the lower crowds and huge drop in tourism, they have been releasing many deals to reel guests into their theme parks.

For example, right now if you are a Florida resident, you can spend $164.00 and have entry to Universal Studios, Universal’s Islands of Adventure, and Universal’s Volcano Bay (for an addition $29.00) for the rest of the year. Buy a Day and visit every day thru Dec. 24 for free with no blockout dates when you buy a 2-Park, 1-Day Park-to-Park Ticket. Those are deals we have not seen from Universal in years.

Its seems Universal Orlando Resort is really trying to see what they can do to attract more guests. Even if it means comparing themselves to their competitors: Walt Disney World.

Some of us at ITM who recently purchased a Universal Orlando ticket received a survey from the company that asked many questions about Disney World visits.

As you can see below, one question asked:

Thinking about your most recent visit to Walt Disney World, which of the following reason described why you visited at this time?

The company also wanted to know if visiting Walt Disney World is going hand in hand for Universal Resort guests as they navigate the theme parks on their vacations, or daily outings.

Related: Universal Orlando No Longer Social Distancing On Some Rides

The final question asks when park goers plan to revisit not only Universal Orlando, but also Walt Disney World. It is interesting that Universal is taking surveys on their guests’ Disney World habits. With a drop in tourism and most travelers being more local at then moment, Universal may want to see if guests are comfortable visiting all theme parks or feel they need to pick and choose.

Would you visit both Universal Orlando and Walt Disney World on your next vacation? Or do you only want to visit one of the Resorts? Let us know!