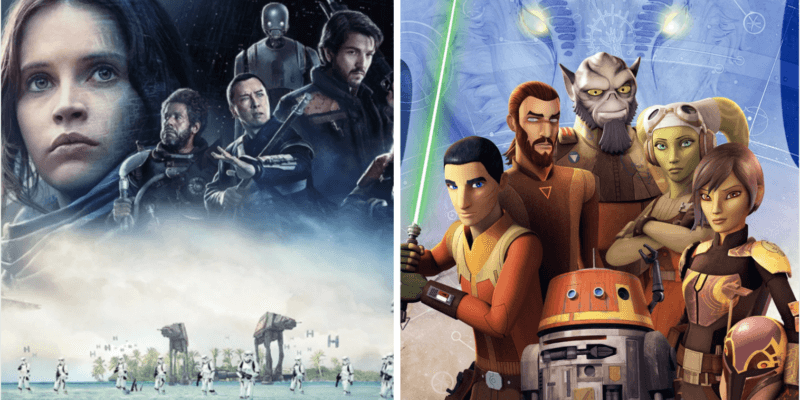 Star Wars writer Gary Whitta has taken to his Twitter account to make a cryptic announcement about the popular Disney-owned franchise. Whitta shared the following post this afternoon.

Some news coming from a galaxy far, far away next week… stay tuned.

Some news coming from a galaxy far, far away next week… stay tuned.

The fact that Whitta bothered to share this information on social media indicates that it could very well be big news for the Star Wars franchise, which has been somewhat in flux — particularly on the theatrical release front — since the Skywalker Saga ended with Star Wars: Episode IX – The Rise of Skywalker (2019).

Whitta’s involvement with the Star Wars universe extends from the Star Wars Rebels television series to the Rogue One: A Star Wars Story standalone film.

CBR‘s article about Whitta’s announcement shared these details about his history with the Star Wars universe:

Star Wars fandom for his contributions to the original trilogy’s immediate prequel Rogue One, as well as the animated prequel series, Star Wars Rebels. The character of Chopper and the airship, Ghost, from Rebels both made appearances in Rogue One, and characters from the film also showed up in the series.

There are plans for a series focusing on Cassian Andor prior to Rogue One for Disney+, though the coronavirus (COVID-19) pandemic has halted production. Both Rogue One: A Star Wars Story and all four seasons of Star Wars Rebels are available on Disney+.

Whitta’s followers had their own opinions about what next week’s Star Wars news could be, with one commenter asking, “Is it Baby Yoda? Is Baby Yoda coming on the show [the Cassian Andor show, presumably]? Omg.”

In response, Whitta quipped, “Tried but his publicists are a nightmare.”

Is it Baby Yoda? Is Baby Yoda coming on the show? Omg.

Star Wars fans will simply have to wait until next week to see what franchise news is really coming down the pipeline. It is worth noting that the there have been rumors of production restarting on the Cassian Andor prequel series as well as of a Star Wars Rebels live-action movie. Whitta’s update is likely in reference to one of these two projects.

Related: Live-Action ‘Star Wars: Rebels’Movie Rumored to Be in the Works

While the Rebels film is unconfirmed at this time, the official Disney and Lucasfilm synopsis of the Rogue One prequel reads:

“Follows the adventures of Rebel spy Cassian Andor during the formative years of the Rebellion and prior to the events of Rogue One: A Star Wars Story. Diego Luna will reprise the role of Andor, which he originated in the 2016 film. The rousing spy thriller will explore tales filled with espionage and daring missions to restore hope to a galaxy in the grip of a ruthless Empire.”

What do you think next week’s Star Wars news could be?