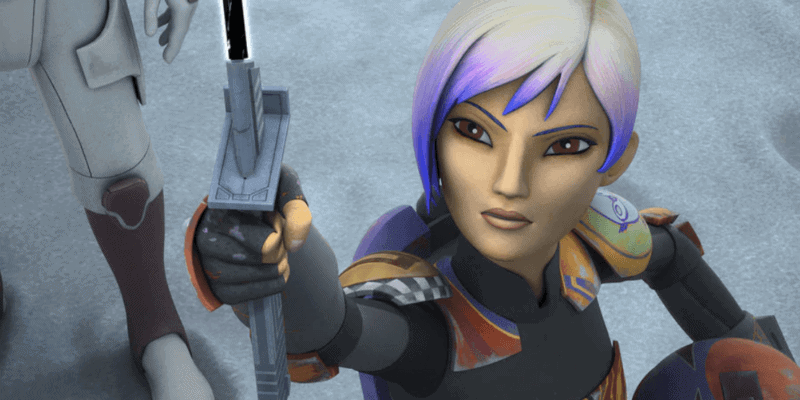 Recently, Star Wars fans have been grasping at any shred of information about what is happening next in the Star Wars film franchise. Lucasfilm President Kathleen Kennedy has stated that the Star Wars executive team needs to take a “step back” before sharing more of the Star Wars universe on the silver screen.

What we know for sure so far is that all three of Disney’s scheduled Star Wars films have been pushed back a year, with the next installment set to hit theaters in 2023. There has also been confirmation that Taika Waititi will be directing the 2025 Star Wars movie release.

Now, the online rumor mill is swirling with reports that a live-action Star Wars: Rebels movie is in the works. Rebels was an animated series that ran for four seasons, from 2014 to 2018.

When The Mandalorian Season 2 trailer showed a brief glimpse of WWE star Sasha Banks, many viewers felt it was confirmation of the rumors that she has been cast as Sabine Wren in the second season of the hit Disney+ series. If this is true, it’s likely that Banks’s character will play a role in the Darksaber storyline.

The Mandalorian is also set to feature several other animated fan-favorites in live-action form for the first time. Ahsoka Tano (Rosario Dawson) and Bo-Katan Kryze (Katee Sackhoff) have been confirmed, while Captain Rex is rumored.

All of this proves that Star Wars showrunners aren’t afraid of exploring live-action versions of animated series. With the popularity of Rebels, it would not be surprising if the rumors of a Star Wars: Rebels movie turn out to be true.

We do not yet know if this film would be a theatrical release or would have a Disney+ streaming debut.

What are your thoughts on a Star Wars Rebels live-action movie?

Comments Off on Live-Action ‘Star Wars: Rebels’ Movie Rumored to Be in the Works