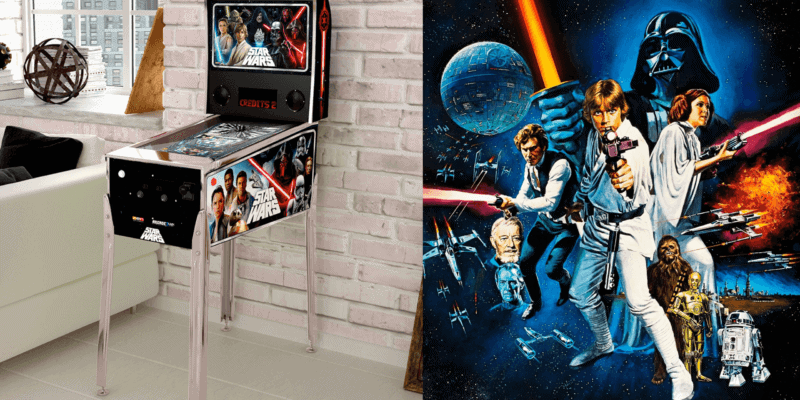 Star Wars pinball has been one of the main attractions of any arcade since the first pinball machine was released back in 1980.

As the need for arcades began to slowly fall away as the years went on and gamers spent more time playing in the comfort of their own homes, we’ve been fortunate that Zen Studios has been around to create new pinball games that can be played on your home consoles. In fact, Zen Studios have created 19 different Star Wars pinball entries over the years.

Related: What order should you be watching Star Wars movies and shows in?

This 19 game package was released on the Nintendo Switch last year and thanks to the way the Switch is built, allowed the game to feel a bit more like a traditional pinball table.

Still, nothing quite compares to the feel of a real pinball machine and thankfully the team at Zen Studios know this. They’ve been working behind the scenes with Tastemakers to create a single pinball table that includes all of the classic Star Wars pinball games that can be played in one place. Check it out below:

The new Star Wars virtual pinball machine will be a new accessible option that allows fans to enjoy the authentic arcade experience all within the comfort of their homes. Tastemakers senior VP of licensing and business development, John Diamonon, had this to say on the new machine:

Our number one focus is to make a really authentic experience, with the best software, that allows you to feel immersed in the games you’re playing. But we want to take it one step further. We want to take Zen’s software and bring it to life…so when an AT-ST walks across the screen, you’ll feel the haptic feedback on the table itself.

The other big draw is the incredible art featured on the outside of the machine which includes artwork from each of the trilogies and features characters like Yoda, Luke Skywalker, Rey, Darth Vader, Emperor Palpatine and Kylo Ren.

You can learn more about the Star Wars Pinball here.

What do you think, will you be purchasing this new Star Wars pinball machine? Let us know in the comments below!