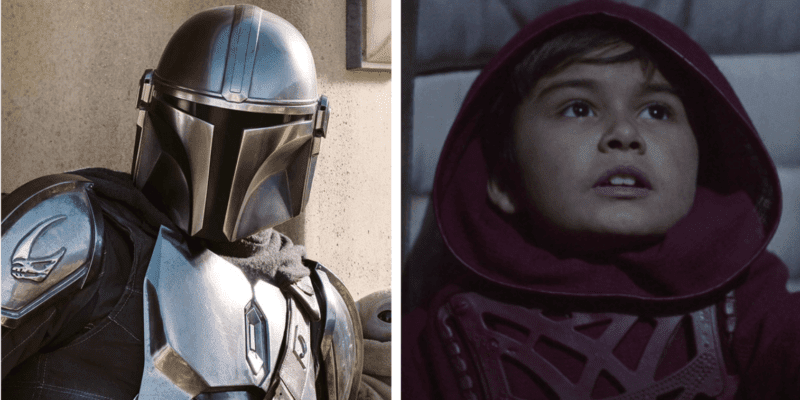 In a rather roundabout way, Star Wars has confirmed Din Djarin’s (the Mandalorian) homeworld ahead of the premiere of The Mandalorian Season 2 on October 30.

The post’s caption reads, in part:

During a Separatist attack on the settlement of Aq Vetina™️, the young Din Djarin™️ was under attack by super battle droids, but before any harm could come to the boy, a group of Death Watch Mandalorians arrived to take out the droids and rescue Din.

In Season 1 of The Mandalorian, which debuted on Disney+ in November 2019, fans did learn bits and pieces of the Mandalorian’s backstory, including one instance in which Djarin says, “I was not born on Mandalore…My parents were killed and the Mandalorians took care of me.”

The Star Wars Wookieepedia has this to say about Aq Vetina:

Aq Vetina was a settlement inhabited by a number of humans. During the Clone Wars, the Confederacy of Independent Systemsattacked the settlement, killing the population. The Mandalorians of Death Watch intervened in the attack, fighting back against the Separatist droid forces. The young human Din Djarin was rescued by one Mandalorian warrior, and was raised as a Foundling in the Mandalorian creed.”

The Star Wars community knows that Mandalorian showrunner Jon Favreau and his team leave nothing to chance — they didn’t even reveal the existence of The Child (AKA Baby Yoda) until after Season 1 premiered, gambling on releasing merchandise featuring the now-iconic character much later than they normally would have.

Related: Is Season 2 of ‘The Mandalorian’ About to Introduce Another Familiar Face?

Therefore, it is interesting that Hot Toys has confirmed Din Djarin’s homeworld this close to the release of the hit Disney+ show’s sophomore season. It could indicate that viewers will learn more about the Mandalorian’s personal background as Season 2 progresses.

What storylines are you most hoping for when The Mandalorian Season 2 premieres later this month? Are you looking forward to new characters like Ahsoka Tano (Rosario Dawson) and Bo-Katan Kryze (Katee Sackhoff)?