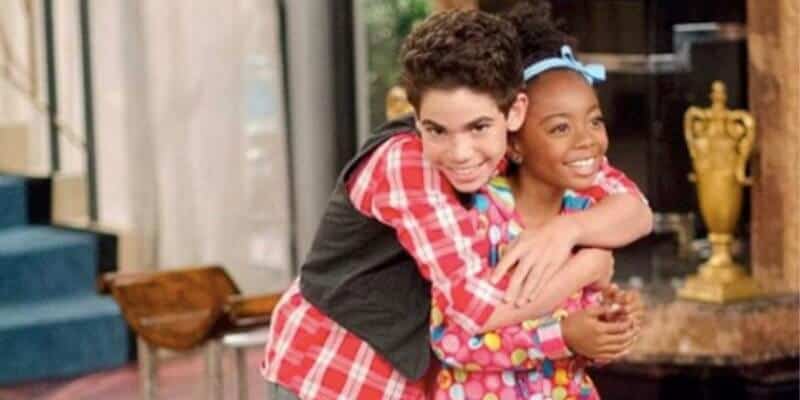 On the latest episode of Dancing With the Stars contestant and star of the Disney Channel series, Jessie, dedicated her latest performance to her late Disney co-star, Cameron Boyce. Cameron passed away last year at just 20 years old.

Skai took to twitter last night to encourage people to tune in and watch her tribute,

My dance tonight is for Cameron? please tune in

She also tweeted this after the performance,

Just got off stage.. I did my thing for Cameron tonight ❤️

The touching tribute earned Skai the first 10 of the season and fans of the show and also Skai personally were so proud! They shared their support on twitter which Skai then retweeted. You can see the moment in which they received their scores, and the perfect 10!

skai and alan’s reactions to their scores ?? so so deserved, i’m beyond proud of them #dwts pic.twitter.com/cc10U6C2xR

Such a sweet moment, you can see the sincere reactions to their scores after giving their all in the performance. After the scores were announced Skai once again took to Twitter to express her gratitude.

Related: Fans Remember Cameron Boyce on the Anniversary of His Death

Wow… first 10 of the season. I’m so grateful. Thank you guys

Skai is not the only one paying tribute to Cameron Boyce recently. Adam Sandler shared his own tribute just this week, calling Boyce a “superstar.” Adam Sandler shared his tribute on The Tonight Show Starring Jimmy Fallon, in which he explained that he and Boyce worked on the movie Grown Ups together, and had plans to work on another upcoming movie Hubie Halloween. After the sudden passing of Cameron Boyce, the movie Hubie Halloween will now be made as a dedication to Cameron.

Earlier this year the entire cast of Jessie paid tribute to their lost star, during which Skai Jackson said,

“He was younger than me and he would teach me something every day. He really is an old soul and he taught me so much,”

You can see their close bond in her words, its clear to see why her performance on DWTS touched so many fans. You can see the entire fan tribute here.

What did you think of Skai Jackson’s performance? Were you able to watch last night? Let us know in the comments!