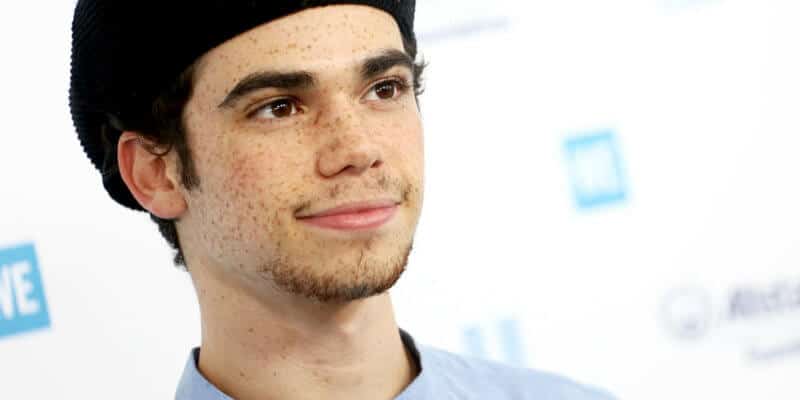 Disney Channel stars from Jessie came together to pay an emotional tribute to Cameron Boyce nearly a year after his sudden death in a virtual reunion over the weekend — where they all expressed their memories and thanks to the late actor.

“He was younger than me and he would teach me something every day. He really is an old soul and he taught me so much,” said Skai Jackson, a former costar to Boyce, when remembering him on the Stars in the House YouTube series. The weekly series is hosted by Seth Rudetsky and James Wesley, who lead the narrative of the mournful and nostalgic episode.

In addition to Jackson, the special episode featured a few other former cast members from Jessie including Debbie Ryan, Peyton List, Kevin Chamberlin and Kevin Brar–all of which, had special memories of the Descendants star.

Jackson added that she was quite excited to meet Boyce for the first time, which she recalled, saying: “I remember a week before I met him, I saw him on Dancing With the Stars and I was just thinking, “This boy is just so talented. He’s just so good…Then during the audition for Jessie, the second time that I went in California, I saw him and I was so excited to meet him and we just got to talking and he just treated me like one of his own just right away.”

Debbie Ryan, who in the past had shared a tribute to her late costar and friend, shared on the YouTube series how Boyce had consoled the actress when her mother was dealing with breast cancer.

“We weren’t really vocal about it, so I would like go to chemo with her after work and then I would come back … sometimes people would be like, ‘Tired, late night?’ like making jokes, whatever and I would just be like kind of fragile but never shared about it…[Cameron] had this sense and was aware, and I remember he would just pursue to come and give me hugs. I remember one time starting to cry and being like, ‘You are like my younger brother,’” said Ryan.

To see all the stars’ memories of Boyce, be sure to check out the video above.

According to the Los Angeles County Medical Examiner, Cameron’s death as ruled as a “sudden unexpected death in epilepsy”–which later was confirmed by his family to have been caused by a seizure as a result of his epilepsy.

Since Cameron’s passing, many celebrities have come forward to share their remembrance of the actor, including Adam Sandler, and his fellow cast mates from “Descendants.”