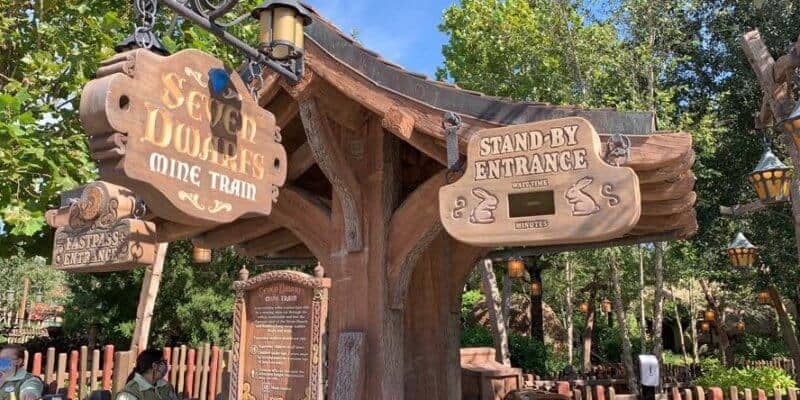 Seven Dwarfs Mine Train has been back up and running since approximately 12pmEST.

Seven Dwarfs Mine Train has been reopened after an interruption of 170 minutes. https://t.co/9vAJ3zWpj7 #MagicKingdom #WDW #WaltDisneyWorld #DisneyWorld

However, the line, as of 4pmEST, wraps all the way to Under the Sea — Journey of The Little Mermaid.

Seven Dwarfs Mine Train is one of the most popular attractions at Magic Kingdom at Walt Disney World. It typically has one of — if not the — longest wait times at the theme park every single day. It also tends to sell out of the FastPass+ time slots very quickly.

Today, however, it looks as though the popular Magic Kingdom attraction has been temporarily closed for reasons unknown — on Magic Kingdom’s 49th Birthday nonetheless. So far, at the time of this article’s publication, the ride has been down for around two hours.

When checking the My Disney Experience app, the attraction is currently listed as “temporarily closed,” which you can see reflected in the screenshot below.

Inside the Magic is inside the parks today and was able to confirm that the attraction is down for technical difficulties and the Cast Members say they hope the ride will be back up and running sometime today.

It looks as though the attraction has been down for quite some time now according to WDW Stats on Twitter.

Have you ever experienced Seven Dwarfs Mine Train at Walt Disney World Resort? Let us know in the comments below.

Click here to book a trip to Disney World with the Authorized Disney Vacation Planners at Academy Travel!