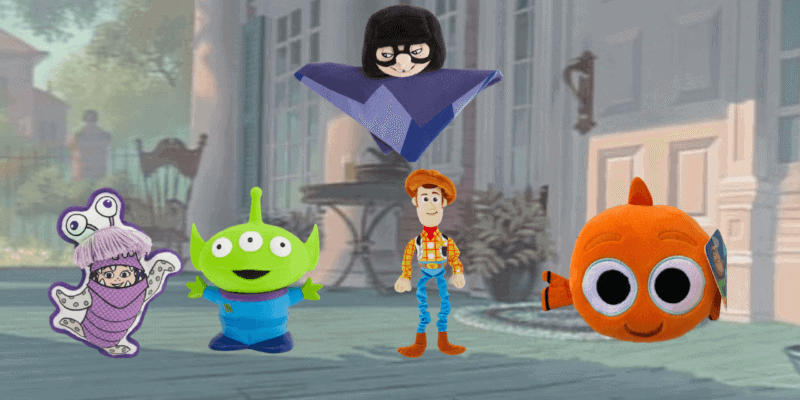 It’s safe to say that celebrating 25 years of Pixar has been a bit tough for the company this year amid the coronavirus pandemic. Of the two movies originally set to be released this year — Onward and Soul — the studio saw the former appear only for a very limited run and the latter is coming exclusively to Disney+ on Christmas Day.

On the more positive side, there have been some fantastic merchandise releases over the course of the year to celebrate the release of Pixar’s first film, Toy Story including a wonderful collection of Alien Funko Pops. Now, it would seem that Pixar wants your pets to enjoy the anniversary with a new collaboration with PetSmart.

There’s a whole range of dog toys based on some of Pixar’s classic movies including Toy Story, The Incredibles, Finding Nemo and Monsters Inc.

The new ranges come in multiple shapes and sizes and prices start at as little as $4.99 and the most expensive dog toy appears to only be $12.99. We love that the Toy Story alien has made an appearance in this range, as he’s technically the only character from Pixar that actually appeared as a dog toy in one of the movies. In the very first Toy Story movie, Sid wins him (along with Buzz and Woody)and gifts him to his dog Scud. These are a must for any pet owning Pixar fans!

As for characters, we’ve got Woody, Edna, Boo, Alien and Nemo all making an appearance! The new dog toys are available exclusively at PetSmart, so there’s no chance you’ll be able to find these at any theme park store at the minute.

Shop the full line of Pixar x PetSmart dog toys here.  Will you be purchasing one of these new Pixar dog toys? Let us know in the comments below!