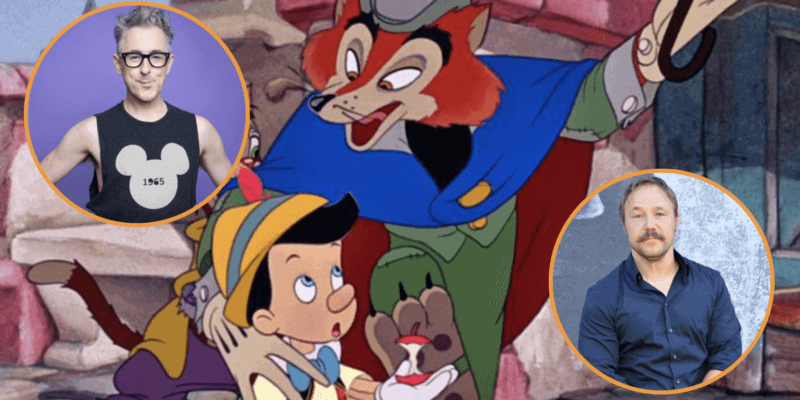 Pinocchio is set to be among the next classic Disney animated films — Walt Disney Studios released their original version in 1940 — to get the live-action treatment.

In this casting update we’ve learned that Stephen Graham is being eyed to play the Coachman, while Alan Cummings is connected to the role of Honest John. The descriptions of the roles are as follows:

COACHMAN (Live Action role) – A sinister, shadowy figure who is notorious for luring little boys to Pleasure Island where they are transformed into donkeys.

HONEST JOHN (Animated role/Voiceover) – A literal and metaphorical fox. A sly con-man. He encourages Pinocchio to stop going to school and sells him to the circus.

A filming start date for the live-action Disney’s Pinocchio movie has not been announced, but it has been confirmed that director Zemeckis — best known for Back to the Future with Michael J. Fox — will be co-writing the script for the project with Chris Weitz (live-action Cinderella, Rogue One: A Star Wars Story).

Related: Some Now Calling For Re-Theme of Pinocchio’s Daring Journey

It is important to note that Walt Disney Studios’ upcoming Pinocchio film is not the same as Guillermo del Toro’s dark Netflix version, which is set to debut on the streaming service sometime in 2021.

Related: Director of ‘Back to the Future’ in talks with Disney for ‘Pinocchio’ remake

Are you excited about this live-action Pinocchio retelling?