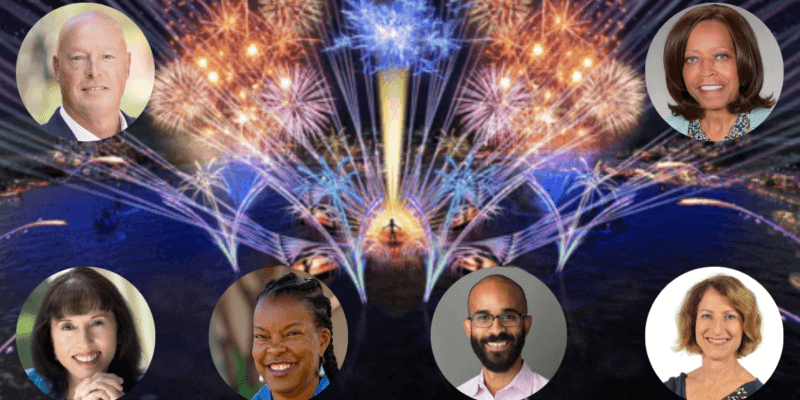 The CEO of the Walt Disney Company, four Imagineers, and a Disney World executive have been included in Blooloop’s list of “Top 50 Theme Park Influencers of 2020.”

“Congratulations to the Disney leaders who have been recognized on the #Blooloop50 Theme Park Influencer List for 2020, celebrating the work of the most creative and inspirational people in the theme park industry over the last year.”

Congratulations to the Disney leaders who have been recognized on the #Blooloop50 Theme Park Influencer List for 2020, celebrating the work of the most creative and inspirational people in the theme park industry over the last year. Read more: https://t.co/F79UoNJBv8 pic.twitter.com/BhuxIaZ8Na

Out of the six Disney leaders chosen, only Carmen Smith is included in Blooloop’s top-10 “Power 10” list, garnering the most attention for her current project of re-theming the Disneyland and Magic Kingdom Splash Mountain attraction to Disney’s The Princess and the Frog.

Also assigned to the Splash Mountain re-imagining, Charita Carter most recently made a splash with her contribution to Mickey and Minnie’s Runaway Railway — which has already opened at Disney’s Hollywood Studios and will be opening at Disneyland in the future.

Asa Kalama most recently was the Executive Creative Director on Millennium Falcon: Smugglers Run at Star Wars: Galaxy’s Edge, which opened at Disneyland in May 2019 and at Disney’s Hollywood Studios in August 2019.

And while Bettina Buckley is not an Imagineer per se, she has taken an active role in developing EPCOT’s upcoming nighttime spectacular, HarmonioUS.

Across the pond, Tracy Eck has been a part of Disneyland Paris for 30 years, after coming in as a lighting designer, she now holds the role of Art Director at what is considered to be the most beautiful of Disney’s theme parks. At the end of the day, there is nothing more influential than lighting, determining how the Guests literally view the park.

“I like to think of lighting as the glue that pulls the different elements of an attraction together and makes it all coherent,” Eck told Designing Disney. “I love to take people into an attraction under work lights, turn the work lights off and turn the show lights on and let them see how it totally transforms the space. And that is what lighting does. It finishes the whole picture and makes the vision come true.”

This is the third year Blooloop has published this list. It states in its introduction that they have taken the unprecedented events of this past year into account into deciding this list, saying:

“With the blooloop 50, we celebrate the work of key individuals in the theme park business. This year is unique and the list reflects not only the leaders, but also the key creatives and innovators who are shaping the response to the coronavirus pandemic.”

It’s no surprise that so many Disney leaders made the list, and we’re incredibly proud of the work they do to bring the magic to life.