Could New Discoveries Lead Disney To Reimagine 'Dinosaur'? - Inside the Magic 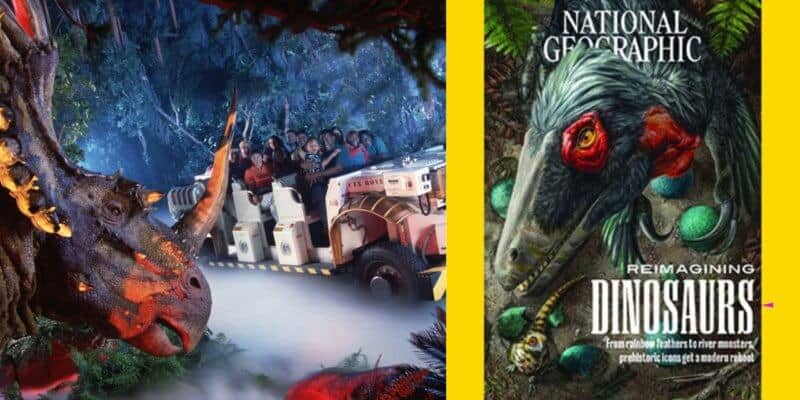 If you have ever been to Disney’s Animal Kingdom and you like thrill rides, you have likely taken a trip back to the Cretaceous Period to catch a certain iguanodon. Dinosaur is a part-coaster, part-dark ride that jerks you around with dinosaurs popping out, meteor showers falling on you at every turn, and it is a blast.

Today Disney Parks Blog released an article entitled “Something Is Stirring: Reimagining Dinosaurs”, and I can confidently say that every reporter at Inside The Magic saw this and thought, “No way, are they refurbishing Dinosaur?!”. If you saw this article and upon first glance jumped to the same conclusion, know you are not alone. What the article is actually about is a new National Geographic issue that talks about the secrets of dinosaurs and new discoveries. A section of DPB states:

This month our friends at National Geographic are celebrating the secrets of dinosaurs and bringing new discoveries to life. Incredible fossil finds have dramatically changed our image of dinosaurs – even of the most iconic species! Using cutting-edge new technology, scientists have unearthed the secrets of how dinosaurs looked, lived, and perished.

The Animal Kingdom attraction Dinosaur is very fun, and we do learn bits of information, like which dinos are carnivores — but should Disney team up with National Geographic to reimagine the attraction? The main storyline could be the same, based on the 2000 movie of the same name, but perhaps more dinosaurs of all ages can be seen, or we can watch what happens when a dinosaur hunts for food. The possibilities are endless, but would leave us with a more in-depth dinosaur-filled attraction that still has us screaming when that T-Rex PhotoPass shot is taken.

Dinosaur, previously knows as Countdown To Extinction opened with Animal Kingdom in 1998 and has seen one refurbishment since in 2016. For a ride that has a narrated queue with none other than Bill Nye The Science Guy, it would not be such a shock to see more scientific evidence and discoveries incorporated into the ride. Of course, this is all speculation at this point, but with Disney’s partnership with National Geographic, this idea doesn’t seem impossible.

I have always been fascinated by dinosaurs and when you journey to Montana with Adventures by Disney, you can travel back in time for an after-hours tour of the Siebel Dinosaur Complex-home to one of the world’s largest collections of dinosaur fossils including a world-class collection of Tyrannosaurus Rex fossils.

So, if you love the Dinosaur attraction at Animal Kingdom and want to do yourself one step further and develop an archeologist hobby, why not visit Montana with Adventures by Disney? If you want to see the largest collection of dinosaur fossils, click here to begin planning your next prehistoric vacation today!

Related: Dine Amongst Prehistoric Dinosaurs At This Disney Restaurant

For now, how about we get in our time rover so we can catch our dino?

Do you think Dinosaur could be reimagined? Let us know!