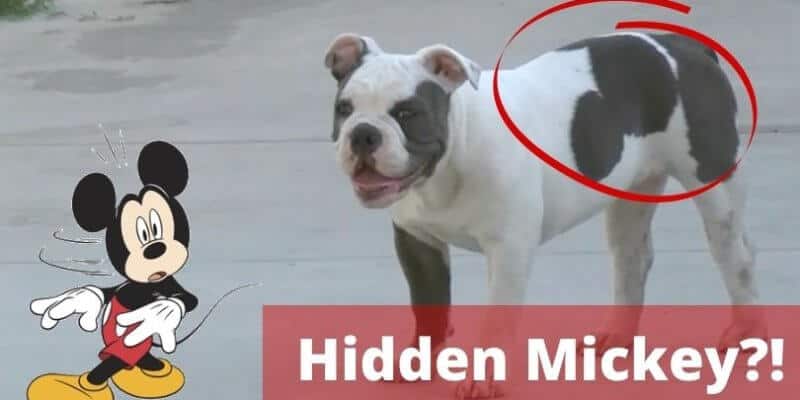 But maybe Disney has gone too far by placing a hidden Mickey on a puppy?! Ok, that is not true at all! But a puppy in Riverside, California was actually born with a hidden mickey!

The bulldog puppy named Minnie Mouse has a huge mickey head shaped spot on her lower back.

According to the ABC 7, Minnie’s owner, Donal Hawecker, noticed the shape of the spot, took some photos and decided to post them online.

“I went to a Mickey Mouse fan club and I put the picture of her on there and put her in different positions around the room and I asked, ‘Can you help me find my Minnie Mouse? I seem to have lost her.’ And just make it so the kids can play with it and stuff like that. And then I put her all around the room and took pictures and put it all together and said I think I got a mouse problem,” said Hawecker.

Related: Did You Know Service Dogs Are Cast Members, Too? Meet This Magical Duo!

Apparently, Hawecker was offered “big bucks” for Minnie, but he decided to give her to his mom!

This is the cutest hidden Mickey story, right?

How cute is Minnie the bulldog? Let us know in the comments below.

Comments Off on Bulldog Puppy Was Born With a ‘Hidden Mickey’!