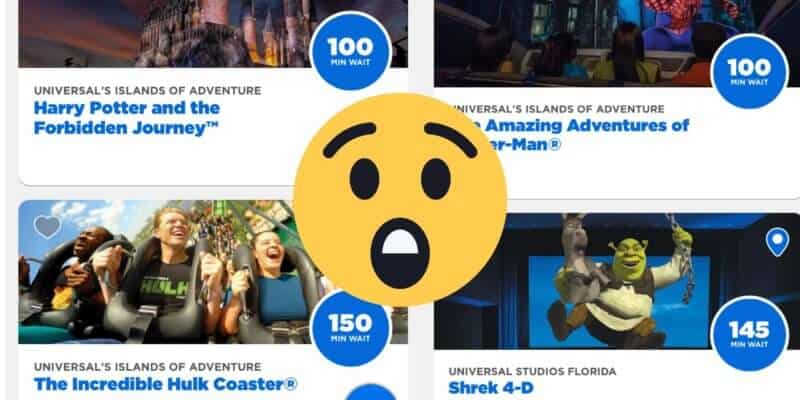 With a holiday long weekend upon us, we all could have guessed the the Orlando theme parks would draw high crowds. This morning we covered the climbing crowd levels and wait times over at the Walt Disney World Resort parks, but those wait times look easy in comparison to Universal’s.

To give you some context on exactly how busy we are talking — all 4 Walt Disney World theme parks are expected to hit capacity today for the first time after its re-opening. Wait times in a staggered queue at Disney’s Hollywood Studios for Mickey and Minnie’s Runaway Railway were around 70 minutes, which we thought was very high!

God has abandoned us. pic.twitter.com/eit1IoErvE

Now don’t get me wrong, I love Shrek dearly, but in my opinion, in no way is Shrek 4-D ever going to be worth a 145 minute wait time. We were trying to brainstorm why this attraction at Universal Studios was boasting the longest wait times, and we could only come up with one logical reason: the rows must be very spaced out. But even with spaced out rows, the attraction was previously seeing 10 minute wait times so that is just proof as to how busy it is over at Universal today.

How are the other attraction wait times?

Universal Studios, Universal’s Islands of Adventure, and Volcano Bay all have park capacity limits, but unlike Disney, no reservation is needed to enter these parks. This means you can wake up in the morning and head on over to Universal if you feel like it, which truly is a luxury these days. But the easy option definitely attracts high crowd levels.

Lets check out some of the wait times around noon today. 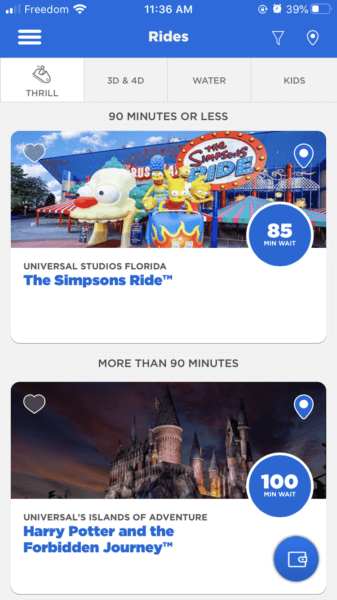 Since I was able to check out Disney’s wait times from earlier knowing they were at capacity, its very clear that even though the Walt Disney World Resort is very busy this Labor Day weekend, Universal is busier. Even now, the longest line at Disney is a 75 minute wait, and at Universal The Simpsons Ride is boasting 10 minutes higher than that and climbing.

We could definitely see that crowd levels at the Universal Studios Resort are high today just upon entry to CityWalk.

But hey……we need to make sure we can STAY SAFE and vote by mail so we don’t have to risk our lives! #universalstudios #MailInVoting #6feet#SocialDistancing #SocialDistance pic.twitter.com/OYPP0SVzE4

In this photo alone taken this morning, it is clear that social distancing is not possible at Universal this weekend. And the crazy thing is, that as of 11:00 a.m. ET today, only Volcano Bay was at capacity. It’s hard to see all the theme parks be so busy during a pandemic, so I can only hope everyone is doing their best to stay safe.

Unclear if Universal Orlando will call capacity on all its theme parks today. So far only Volcano Bay. Traffic backup all parking routes, seen here back to Sapphire Falls on Hollywood Way. pic.twitter.com/4RiKkKLMKz

As of 12:36 PM ET today – all three Universal Orlando parks have hit capacity! This is the first time we are seeing this during the pandemic after the resort re-opened.

And now that we can see what capacity looks like, I personally am not sure I could visit Universal Orlando at this point. Check out all of these people packed like sardines at Universal’s Island’s of Adventure.

Two lines here. At left, popcorn. Other side of (Popeye statue) garden for Bilge-Rat Barges. pic.twitter.com/BdYbAXVauJ

It truly is looking like a ‘normal’ day at Universal, which means the parks ‘reduced’ capacity is a lot higher than I thought it would be.

What do you think of the wait times at Universal Orlando this weekend? Let us know!