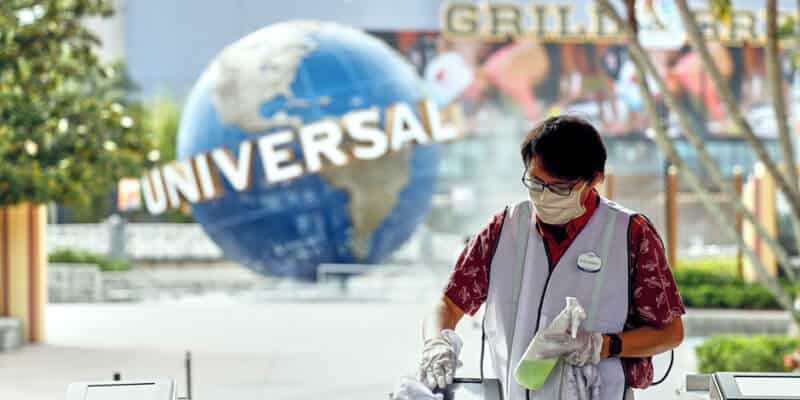 Inside the Magic has confirmed with Universal Orlando’s Guest Services that the fingerprint scanning technology to enter the park has resumed after being modified for safety upon the park’s initial reopening.

The modified entry system implemented as part of the expanded health and safety measures for the theme parks required you to show a photo ID along with your park ticket in order to gain entry to the parks. This replaced the fingerprint scanning technology so that multiple guests would not need to touch the same surface upon entry to the park.

Universal has implemented new health and safety guidelines for guests visiting their theme parks. We have visited the parks recently and can attest that Universal Orlando Resort is taking enhanced cleaning measures and guidelines seriously. You can read all of the steps Universal is taking to keep guests safe on their website.

Here is a video from Universal Orlando welcoming guests back to their resort and detailing some of the changes that are being made to operations for safety,

Just last week we reported that Florida Gov. Ron DeSantis announced that the state would be entering Phase 3 of reopening. Phase three included theme parks being able to return to more normal operations. Modified capacity limits could be lifted, but social distancing and health protocols would stay in place. Disney did make a statement saying that they would continue on at their current operational guidelines, but we do not have a statement from Universal regarding this yet.

We will continue to monitor and update you on any changes Universal may make in the future in regards to their health and safety procedures.

What do you think about Universal switching back to fingerprint scanners? Let us know in the comments!

Want to experience everything new at Universal Orlando Resort? We can help!