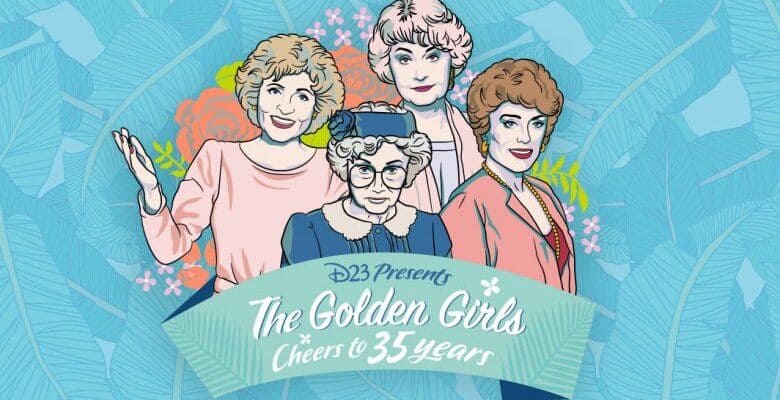 D23 has teamed up with ABC to host a special interview with the producers and screenwriters behind one of America’s most beloved television shows.

Here is what their official announcement says,

Join D23 and ABC as we say thank you for being a fan, and reunite The Golden Girls producers Barry Fanaro and Mort Nathan for an unforgettable discussion. This September 14 marks 35 years since the first episode of The Golden Girls debuted in 1985, launching the series that grew into a global phenomenon!

Hosted by The Golden Girls super-fan Danielle Soto, this eclectic conversation will take us back to the beloved show’s beginnings, personal stories of working with the quartet of fabulous ladies, highlight favorite episodes and moments, and explore how the show has maintained its cult status for all these years!

So get the cheesecake ready and mark your calendars as we celebrate this special milestone!

How to watch? You can catch this special 4 pm P.T on Monday, September 14th LIVE on the D23 official Facebook page, and D23 official Youtube channel.

Related: An Artist Imagined ‘The Golden Girls’ as Disney Princesses, and the Results are Hilarious

This is not the first time Golden Girls has received a live special with famous hosts! In fact, we reported back in July about the Instagram Live special with Queer Eye’s Jonathan Van Ness as the host.

Have your favorite cheesecake ready and celebrate #GoldenGirlsDay on IG Live with Marc Cherry, writer on “The Golden Girls,” and @jvn, lifelong #GoldenGirls fan and host on “Queer Eye” & the “Getting Curious with Jonathan Van Ness” podcast! All the fun starts Thursday at 1pm PST / 4pm EST. • • • Need a refresher? Re-watch the entire series now streaming only on Hulu!

We love seeing The Golden Girls get so much love for the shows 35th Anniversary, and cannot wait to see all of the fun that D23 and ABC have planned for the live stream.

Will you be watching this Golden Girls special? Let us know in the comments below!