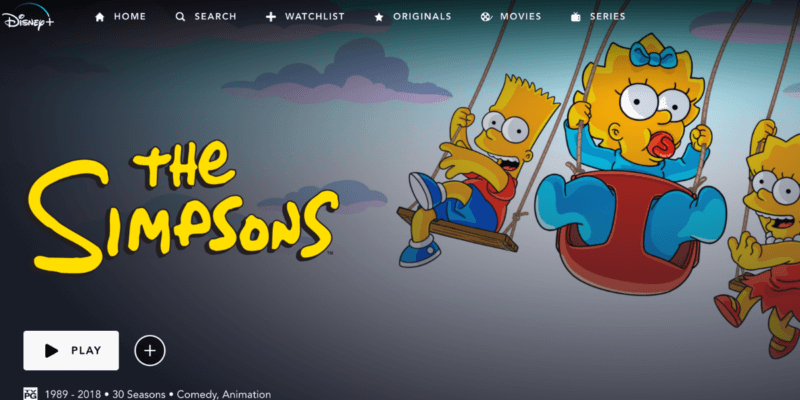 When The Walt Disney Company acquired 20th Century Fox and began to collect several of its properties, like the beloved TV show The Simpsons onto Disney+, concerns about censorship hung in the air. Primarily would Disney begin to censor shows to fit its “family-friendly” identity?

If one were to ask Michael Price, a longtime producer of The Simpsons, he would say no.

“I haven’t had any direct interactions with anyone from Disney as far as I can tell,” Price told CBR. “They just let us do what do and make the show that we’ve been doing for 32 years. They know that everyone knows what they’re doing. They’ve been very helpful and it’s been great that they’ve put the show on Disney+.”

Rather than worrying about creative freedoms, Price has seen Disney’s new ownership as a way to reach a whole new audience in a whole new way, going far being the streaming platform.

“There’s this short that I worked on that came out earlier this year with Maggie, ‘Playdate with Destiny,’ now on Disney+ as well and it actually ran as a short with the Pixar movie Onward back in March,” He said. “That was the last movie I saw in a theater!”

Price also added that it’s been “incredible for me to see how popular the show is on Disney Plus. As far as the content of the show [and any difference since the acquisition], not that I’ve noticed; they more or less let us do what we do. The show was on Fox, originally, so we’re still working for the Fox Network; the Fox Studio is now owned by Disney.”

Essentially from the moment it launched, Disney+ has been largely criticized for the way it has approached its own censorship. From posting full movies like Dumbo after Disney said that controversial scenes like “Jim Crow” were going to be cut out, to the proverbial banishment of shows like Love, Victor to Hulu, to the announcement that films like National Geographic’s Free Solo and Lin-Manuel Miranda’s Hamilton were going to be censored for language.

Now it appears that Disney has left one franchise alone.