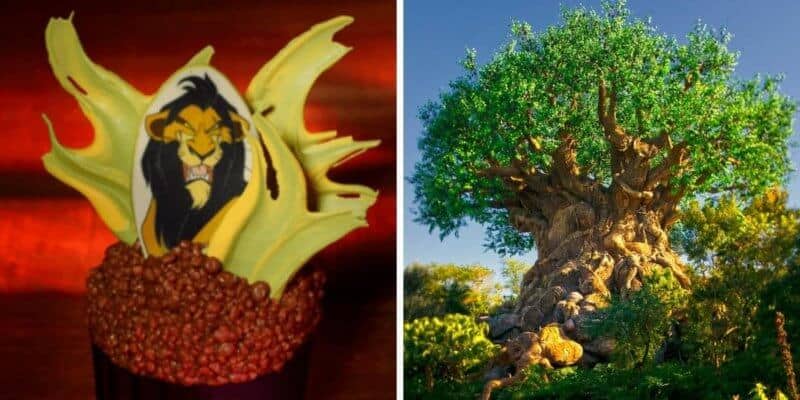 With the recent news of Disney canceling Mickey’s Not-So-Scary Halloween Party, many Guests were left unsure of how Disney World would handle the upcoming Fall and Halloween season. Well, it wasn’t long ago Disney Parks Blog announced some fall fun that we all can look forward too!

From a brand new Halloween Cavalcade that will feature Mickey, Minnie, Pluto and other pals as they show off their favorite Halloween costumes to adults now being able to wear their Disney Halloween costumes during theme park hours on select days to, of course, the food offerings — Disney isn’t slowing down on any of the fall fun.

Speaking of food offerings, Walt Disney World has just debuted a brand new Scar-themed cupcake that is sure to give you a fright.

And thanks to @yellowbeadsandme, we now know Disney has officially debuted the cupcake at Disney’s Animal Kingdom! She writes:

This is a rich red velvet cupcake is topped with a chocolate crunch and filled with a toasted marshmallow. $5.99. Delish!

Related: Disney reveals how Scar from “The Lion King” actually got his scar

If you are looking for other Halloween cupcakes to try during the 2020 fall season, check out our Halloween Cupcake Guide here.

Do you want to try the new Scar themed cupcake? Let us know in the comments below.