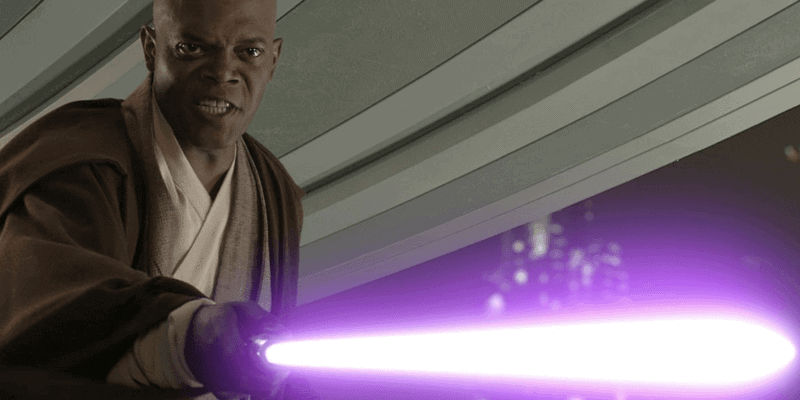 It looks like fans might be getting a return of one of the favorite Star Wars characters if the rumors are true. We’ve heard that Mace Windu has a standalone project in the works as a series on Disney+ or perhaps as a movie as part of the next phase of standalone films.

According to ComicBook.com, the rumor from @DanielRPK suggests that the project will focus on Mace Windu in his younger years which could make for a very interesting show. If this is true we’d expect to see the film (or series) pan out over the Jedi Master’s early years, mapping his journey from the young apprentice to Jedi Master who sits on the Jedi Council.

While he was killed in Revenge of the Sith, there have been many fan theories that Mace Windu survived the force lightning attack from the evil Emperor Palpatine, something that even actor Samuel L. Jackson has hinted at in the past. Speaking of the actor, it’s rumored that he is going to be part of this Mace Windu project in select scenes.

In fact, last June the actor went on record to say he’d be keen to return to the role of Mace Windu and hinted at how his character could have survived:

I’d really love to give one more run at Mace Windu in Star Wars.There’s a long history of one-handed guys that were Jedis, that have lightsabers, that still made it, Jedis can fall from incredible heights and not die, like cats.

We’d expect this to be a project signed for Disney+ rather than confusing things for fans as a main Star Wars release at cinemas and we’d love to see the purple lightsaber owner back in action. He was a very popular character in the prequel trilogy as well as the Clone Wars TV show and it would be great to see him included in a future Star Wars movie or show. We don’t know any Star Wars fan that wouldn’t be keen to see him back.

We’ll have to wait a while to see if these rumors are true but for now we have season 2 of The Mandalorian to look forward to in October as well as the confirmed Cassian Andor and Obi-Wan Kenobi shows coming to Disney+.

Would you like to see Mace Windu return to the Star Wars Universe? Let us know in the comments below!

Comments Off on Samuel L. Jackson Rumored To Be Returning To Mace Windu Role