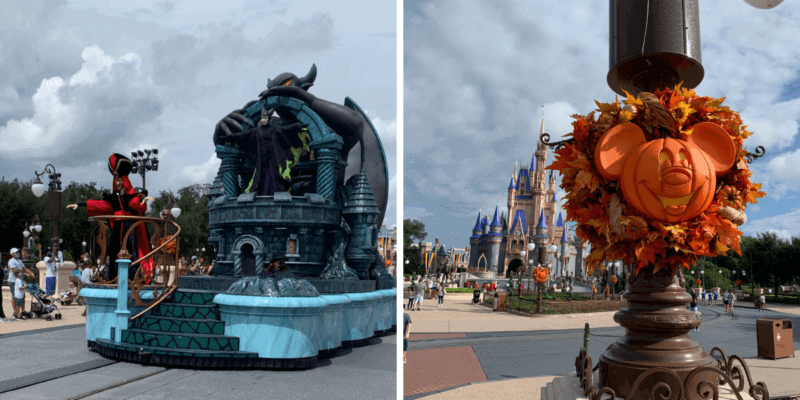 Halloween has arrived at the Walt Disney World resort in the limited way it can, and it is more than I could have ever hoped for.

But once you accept the fact that this is what Disney was able to give us considering the circumstances, you will see that Disney’s modified Halloween celebration shatters all expectations. But out of everything, there are three aspects of the day that you do not want to miss.

This mini-parade deserves all of the hype that it is getting. An all-star cast marches down the parade route to the Villains ball song from Mickey’s Not-So-Scary Halloween Party, and the darkening skies above gave the ensemble an even more eerie feel. As Gaston headed down Main Street, and the storm clouds began to roll in, the entire sensation could be described by the words “uh-oh.”

Even though this occurs in the middle of the day, the typical stormy weather and level of character interactions that are able to occur during a cavalcade made up that level of spooky immersion. Plus, who does not love some Disney Villains?

No tricks about it, there are some knock-out Halloween goodies available now throughout the Magic Kingdom.

While I literally did not have the stomach to try all of them during my last visit, the Poor Unfortunate Souls float was an amazing standout. Topped with an edible crown, cream cheese flavored soft-serve ice cream sits on top of Coca-Cola and Black Raspberry Syrup, this sinister snack is amazing. But for all those wearing white masks, be careful.

At the end of the day, the Magic Kingdom is still dressed for Spooky Season with the pumpkins and fall colors in place all around Main Street, U.S.A. Even the Cast Members are wearing their Mickey’s Not-So-Scary Halloween Party outfits!

Also, the first time ever, adult Guests can visit the park while wearing costumes. I did not see many Guests doing this while I was there, but the few that were provided just the right amount of “trick or treat” vibe to the overall park experience.

In short, Walt Disney World has provided a magical taste of its usual Halloween after-hours party that we now get to enjoy throughout our entire Disney day.