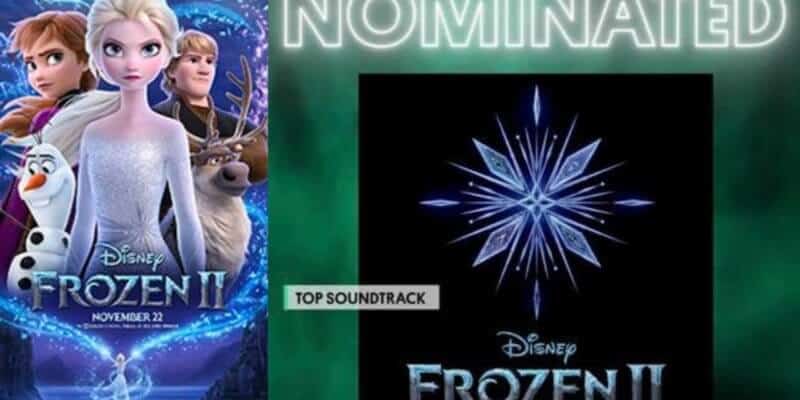 If there is one thing Disney knows how to do best, it’s music. The soundtracks that come out of any Disney film, from classic to contemporary, are always iconic and memorable. Some things never change.

For those of you who see where I am going with this, today we are going to be talking about the Frozen 2 soundtrack. This gorgeous score accompanies the second film in the Frozen franchise that premiered on November 22, 2019. The film quickly became the highest grossing animated film in history, making over 1.5 billion at the box office.

With the returning cast — Kristen Bell (Anna, Princess of Arendelle), Idina Menzel (Elsa, Queen of Arendelle) Josh Gad (Olaf), and Jonathan Groff (Kristoff) — the album was almost fated to be a smash hit. The album quickly hit #1 on the Billboard top 200 album chart, with songs like ‘Show Yourself’ and ‘Into the Unknown’ becoming household tunes.

We now know that the Frozen 2 soundtrack is nominated for the 2020 Billboard Music Awards for Top Soundtrack and as the only animated feature to snag a nominated, this sound track definitely stepped into the power.

#Frozen2 has been nominated for Top Soundtrack at the 2020 Billboard Music Awards! #BBMAs

But do the nominations stop there for Disney? Not at all.

The ‘Top Soundtrack’ category at this year’s Billboard Music Awards has 3 Disney films dominating the section. Frozen 2, Aladdin (2019), and Descendants 3 are all nominated for the Top Soundtrack.  I am sure that I am not alone when I say Will Smith’s version of ‘Friend Like Me’ is a BOP! Descendants 3 was bound to have a smash hit soundtrack after the first 2 films blew up with hit after hit. Plus the film was directed by High School Musical’s Kenny Ortega. The man is a movie musical genius.

Although all 3 films have fantastic soundtracks, the popularity of the Frozen 2 album cannot be denied. The Billboard Music Awards are happening October 14th, 2020 so it seems we will need to wait until then, but for now we’re a little ‘Lost in the Woods’ waiting to see if ‘The Next Right Thing’ is for Frozen 2 to win.

Will you be watching the Billboard Music Awards this year?

Comments Off on ‘Frozen 2’ Gets Billboard Music Award Nod