Will Disneyland Change Critter Country When Splash Mountain is Rethemed? - Inside the Magic 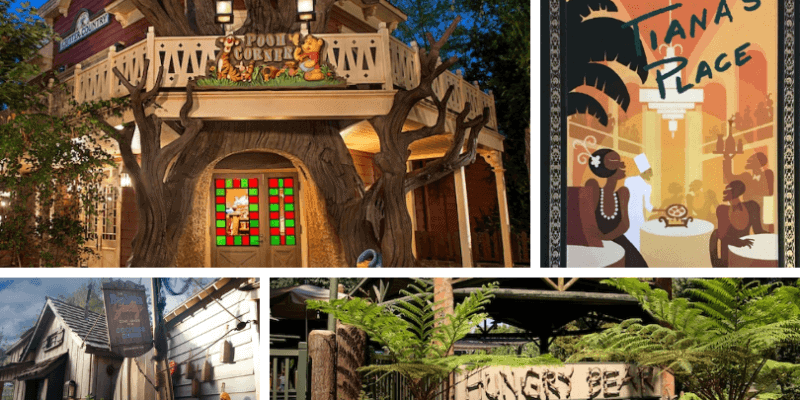 Splash Mountain currently fits aesthetically into the area of Critter Country, but with the retheme the attraction will land more into the category of New Orleans Square. It can also be argued that the retheme still fits into Critter Country in that its Bayou setting includes some buggy friends. The retheme really could blend the both lands together very well.

So, what’s left of Critter Country once the retheme happens?

Well, Briar Patch is the merchandise shop right outside of Splash Mountain with its theme linked to the attraction. With the retheme, it’s probably safe to say that this storefront will be getting a Princess and the Frog makeover along with the attraction. The store sells hats and caps currently, but it has the potential to change with all the new coming in. Can you imagine already all the awesome Princess and the Frog merchandise they could have?

There’s already been some chatter of wanting a Tiana’s Place restaurant just like out of the film since the attraction picks up from the movie after Tiana and Prince Naveen become human again. Even Anika Noni Rose, who is the voice of Tiana in the animated film, knows that fans have been asking for a restaurant like this is the parks. If Disney makes this happen, will it take over Harbour Galley or Hungry Bear Restaurant?

Though the Hungry Bear Restaurant has more space with a larger seating area, Harbour Galley might have a better location. Since Princess and the Frog is be a good transition and blend of both New Orleans Square and Critter Country, Disney could possibly expand Harbour Galley and turn it into Tiana’s Place right on the river as the closing song sings! That way the Hungry Bear Restaurant can remain the same as it is still a very popular restaurant (although the restaurant currently still has a Country Bear Jamboree theme, and that attraction was replaced with a Winnie the Pooh ride years ago).

What Else is in Critter Country?

Pooh’s Corner is the home to all that really adorable merchandise and where you can say hello to Winnie the Pooh and friends. During the holidays, that’s even where you’ll find Santa! With Winnie the Pooh’s worldwide popularity, the attraction could probably stay and maybe, just maybe, Disney could fancy up Pooh’s Corner into more Hundred Acre Wood!

What do you think should happen with Critter Country when Disneyland rethemes The Princess and the Frog? Let us know in the comments!