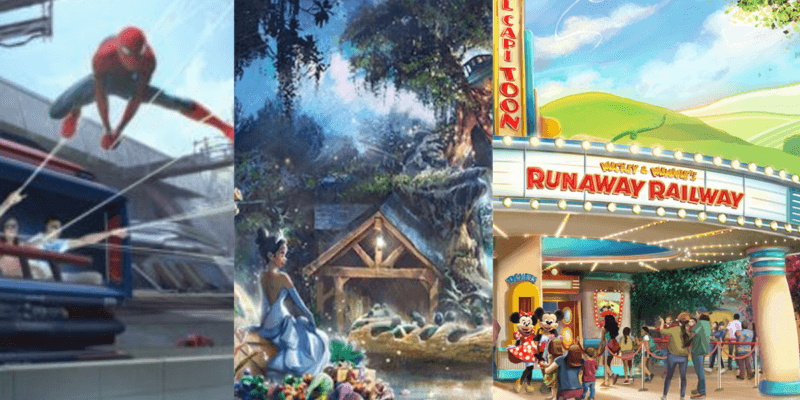 When it comes to new additions at the Disney Parks, Disneyland Resort has had so much energy lately.

It has constantly been receiving new and exciting attractions for Guests, especially last year’s opening of Star Wars: Galaxy’s Edge. As Walt Disney himself said, “Disneyland will never be completed. It will continue to grow as long as there is imagination left in the world.” So lets take a look at everything NEW coming to Disneyland and Disney California Adventure over the next few years!

While Disneyland has not released an official timeline for the debut of all of these new attractions, we have put together a timeline of our own based on the most accurate information we gathered.

The new Avengers Campus at Disney California Adventure was originally supposed to open in summer 2020, but due to a delay in construction caused by the pandemic it has since been pushed back. However we have been following along with construction updates and it is likely that the new Spider-Man themed attraction at Avengers Campus will be the first new attraction the park will receive once they reopen.

Web Slingers: A Spider-Man Adventure, is described by Disney as,

The next new attraction to debut will most likely be the rethemed Splash Mountain to Princess and the Frog. Construction has not yet started at Disneyland on this change over, but because this is a retheme and not a new attraction built from the ground up this could take less time than others on this list.

No offical name for this attraction has been announced but we do have a few details from the official Disney announcement,

We cannot wait to see what the Disney Imagineers have in store for us with this rethemed attraction! Keep in mind that Disney has said that Guests will have the chance to ride the current version of Splash Mountain again before it closes and is reimagined into The Princess and the Frog.

With a delayed opening in 2023  we have Mickey and Minnie’s Runaway Railway rounding out this list. The attraction which is already open to great success in Disney World is currently under construction at Disneyland.

This attraction will be a welcome addition to Mickey’s Toontown in Disneyland, as the theme fits the land perfectly.

And that is all of the new attractions (so far!) that are in the pipeline to debut at Disneyland Resort in the coming years. We do hope to see this list continue to grow, and as always keep your eyes here at Inside the Magic for all of the latest Disneyland news.

What do you think of these new attractions? Which are you most excited for? Let us know in the comments!

Plan your next Disneyland vacation here!

Comments Off on Timeline of New Attractions Coming to Disneyland