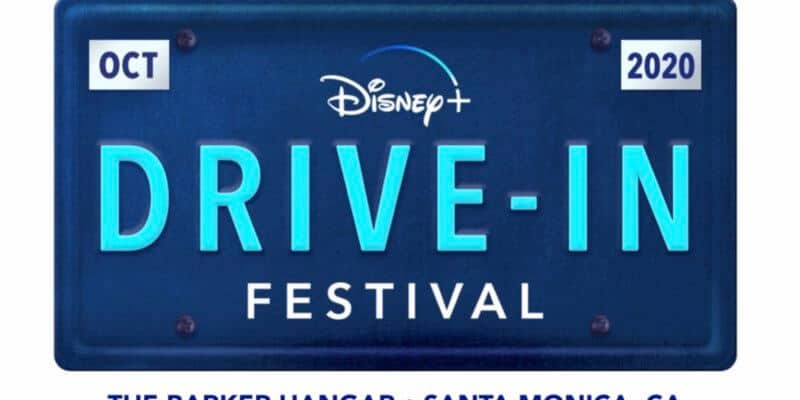 Disney+ has become one of the biggest streaming services to offer the most Disney movies, shows, and content on one platform. Now, thanks to Disney+ they are bringing popular Disney films to viewers in a more interactive way. Disney+ will be hosting their first ever Drive-In Festival.

Related: Could Disney+ Drive-Ins Be Coming to a Theater Near You?

Due to the Coronavirus global pandemic, the way that we view films has changed a bit. With theaters across the country being closed, some major Disney film releases have premiered on Disney+. Now, for a limited time, the streaming service is offering a Drive-In Festival experience for Disney fans in the Southern California region.

Related: Book of Maps Shows Around the World of Disney Movies

The Festival will be held at the Barker Hangar in Santa Monica, California. The Festival will take place from October 5th through October 12th, 2020. The best part about this limited time experience, is that it will be completely free! All you have to due is head over to Disneyplus.com/drive-in and you will be placed in a queue to claim your spot. Reservations will be on a first-come-first-serve basis. You can start claiming reservations starting September 28th at 10 A.M. PST.

What Films Will Be Offered?

Thanks to Disneynews55 on Instagram, we have a breakdown of what movies will be available for reservation and on what days each film will be playing:

It is also important to remember that the Disney+ Drive-In Festival will be in compliance with health and safety ordinances of the state and county. Guests will be urged to remain in their cars and if they need to exit the vehicle at any time or for any reason, face masks will be required.

Will you be attending the Festival? Let us know in the comments!