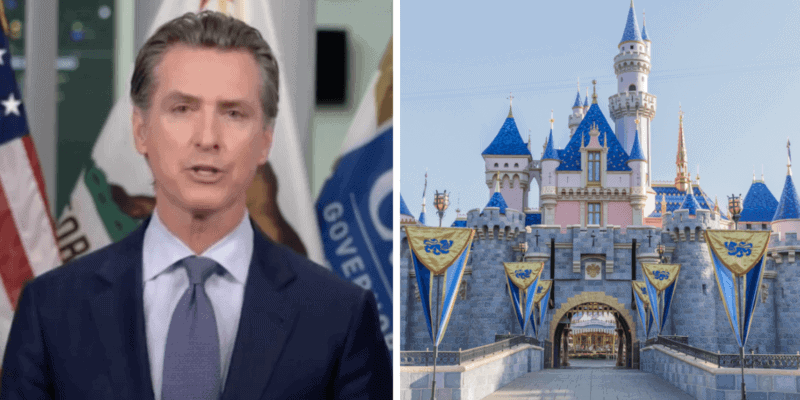 According to The Hollywood Reporter, “Introduced by Assemblymember Ash Kalra, AB 3216, or “Right to recall,” allows travel and hospitality employees — laid off due to the pandemic — to be given preferential treatment once rehiring commences.”

In other words, when the Disneyland Resort reopens its theme parks and Disney is able to hire more Cast Members again, those Cast Members who were laid off would be guaranteed to have preferential treatment during the rehiring process.

The Cast Member Caravan in support of this bill comes right after the Chairman of Disney Parks, Experiences, and Products, Josh D’Amaro announced that 28,000 union and non-union Cast Members at both Disneyland and Walt Disney World would be laid off this year.

“Our members have given decades of their lives to companies like Disney. Now through no fault of their own, they are being laid off. We urge Gov. Gavin Newson to sign AB 3216 a lifeline for hospitality workers,” Ada Briceño, Chair of the Democratic Party of Orange County and co-president of UNITE HERE Local 11, said in an emailed statement.

UNITE HERE Local 11 is one of the unions representing Disneyland Cast Members in Anaheim, California. They shared that 958 of the union’s 3,000 members are expected to be laid off, and the union has already called for Gov. Newsom’s approval of this bill.

In their own announcement in response to the layoffs, UNITE HERE stated yesterday, September 29:

“This highlights the urgent need for AD 3216, the California State Law that guarantees recall and retention for hospitality workers. We are asking Governor Gavin Newsom to sign AB 3216 now. The Governor has until tomorrow, September 30 to sign.”

Another Cast Member Union — Workers United Local 50 – -is expected to have 2,500 Cast Members laid off. They explained in their statement yesterday, September 29,

There is no word at this time if they are also taking part in the caravan to the State Capitol, and no mention of AB 3216 in their message. Both Unions are expected to being talks with The Walt Disney Company.

This move by Cast Members comes right as another movement continues to pressure Gov. Newsom to allow Disneyland to reopen its gates from both California Legislatures and the people of Orange County.