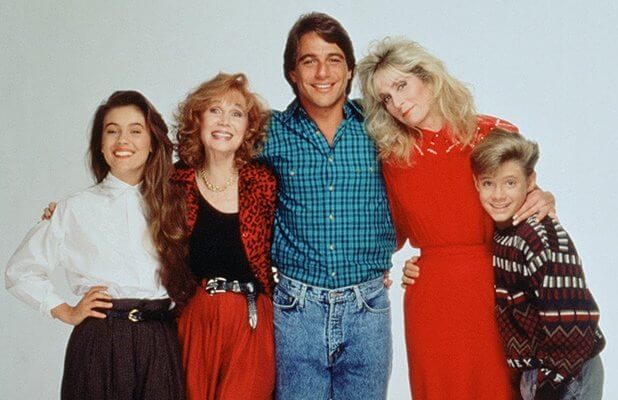 2. ‘Who’s the Boss” Sequel Series in Development With Original Stars

ABC’s original series “Who’s the Boss” is coming back for a sequel series and its original stars of Tony Danza and Alyssa Milano have already signed on to be a part of it!

In a new report by Variety, it’s been revealed the new show will be taking place 30 years after the events of the original series and will be centered around former major-league baseball player and retired housekeeper Tony Micelli (Danza) and his relationship with his daugher Micelli (Milano), who is now a single mother and living in the house in which the original series was set.

At this time, it seems other original cast members such as Judith Light and Danny Pitauro will not be involved with the series. However, Variety reports that the two could become involved if the creators can think of a creative way to work their characters into the show.

The show is set to be executive produced by Norman Lear and Brent Miller under their new ACT III Productions banner, which is under a first-look deal at Sony Pictures Television. Danza and Milano will also executive produce the show as well.

At this time, it’s not known where the series will end up. The original series was broadcast on ABC in 1984 and ran until 1992. During this time, it accumulated 196 episodes and eight seasons. The series is now owned by Lear’s Embassy Communications, which was sold to the Coca Cola Company in 1985 and is owned by Sony.

Currently, no expected premiere date has been set for the sequel series.

Are you excited to see a Who’s the Boss sequel series so many years later? Will you be watching it when it premieres? Let us know in the comments!