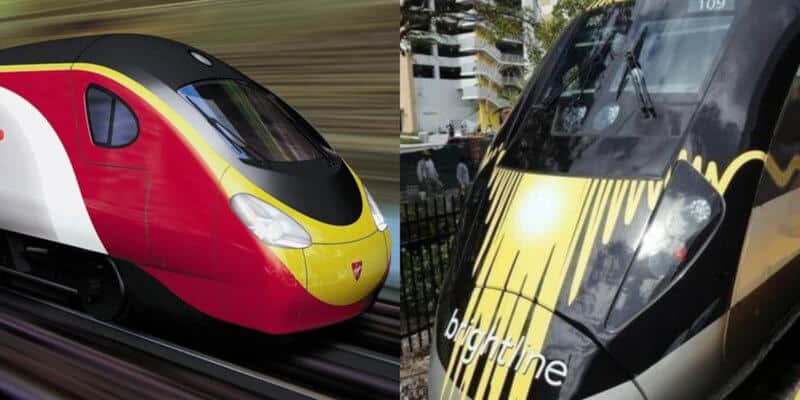 The high-speed passenger train coming to Florida will no longer be operating under the Virgin brand. Instead, it will be returning to its Brightline brand, according to a new financial report. The same report also reveals that the Walt Disney World station will be opening shortly after service for the train premieres at Orlando International Airport.

Orlando Sentinel reports Virgin’s decision to return the train’s name to Brightline comes following financial hardships the company has faced among its many travel divisions due to the current pandemic. These companies include its planes, trains, and cruise boats. 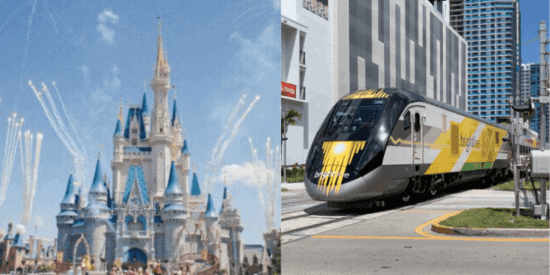 “We will no longer use the Virgin brand following our parent’s termination of its licensing agreement with Virgin Enterprises Limited (together with its affiliates, “Virgin”),” the bond report states. “Virgin has no remaining affiliation with us, or parent or its affiliate.”

According to the same report, it’s believed the station at Orlando’s International airport is to begin servicing travelers in 2022. Additionally, it also states the Walt Disney World station has been in engineering and design work since early this year.

“The extension of our system from the Orlando airport to the Disney station would also serve as the first phase of a potential future connection to Tampa,” the bond report states.

The report also reveals that the extension to Walt Disney World and Tampa from Orlando may also stop at a SunRail station, Orlando’s current commuter train system, which would provide a connection between the (SunRail) transportation system and Orlando’s airport.

Due to the current pandemic, which has also had a severely negative impact on the tourism industry in Central Florida, both Virgin and Brightline trains have been unable to operate these trains with guests. It is not known when these train systems will be able to bring guests back to their trains.

What are your thoughts on this passenger train returning to its original Brightline name when it premieres? Let us know in the comments!