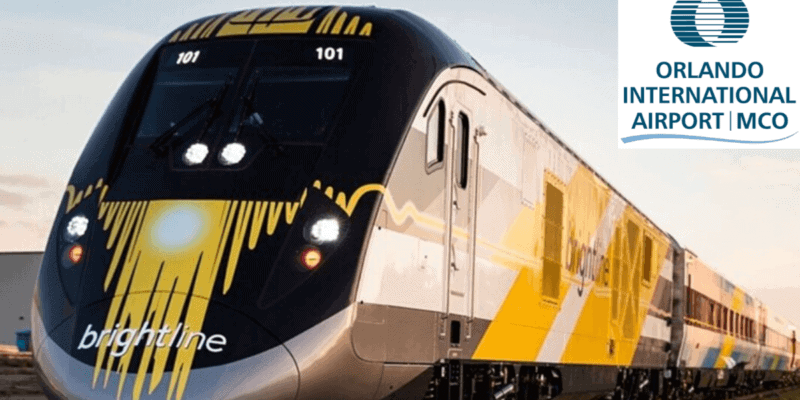 On Tuesday, May 26, 2020, Brightline proved that railroads continue to be synonymous with progress, even in the midst of a pandemic. The private high-speed rail company, currently being rebranded Virgin Trains USA, Tweeted a picture of freshly laid tracks at its Orlando International Airport station as exciting announcements emerged from Disney World, Universal Orlando Resort, and others signally the state’s continued push towards fully reopening.

“It’s Tuesday (in case you needed the friendly reminder). We think there is no better way to start off the week than with a sunrise view of fresh laid tracks making their way to our stunning Orlando station at @MCO”

It’s Tuesday (in case you needed the friendly reminder ?). We think there is no better way to start off the week than with a sunrise view of fresh laid tracks making their way to our stunning Orlando station at @MCO. #GoBrightline #OnTrackToOrlando pic.twitter.com/dtyFqR7I07

According to its website, while regulations brought the Southern Florida routes to a halt, construction of the Orlando route kept going:

Due to CDC social distancing guidelines, mandated work-from-home policies, and other considerations our service remains suspended.

We remain focused on construction to Orlando and on completing plans to develop new South Florida stations in Boca Raton, Aventura, and PortMiami.

Called “On Track to Orlando,” the Brightline describes the projects as such:

Brightline is developing 170 miles of new track into the new South Terminal at the Orlando International Airport (MCO) as part of the company’s Phase 2 expansion into Central Florida. The massive infrastructure project is making progress and encompasses four zones including the area of the Orlando International Airport and the Brightline Vehicle Maintenance Facility. This monumental endeavor, which will use 225 million pounds of American steel, will include the laying of 490,000 ties and transporting 2.35 million tons of granite and limestone by 20,000 railcars. Additionally, approximately 2 million spikes and bolts will be hammered and put in place over the next 36 months.

We look forward to connecting South Florida to Orlando in 2022.

Once “On Track to Orlando” is completed, Brightline hopes to extend the route to Tampa. They are currently in talks with Walt Disney World to build a special resort station, but no updates have come to light since the official confirmation.

In the meantime, Brightline’s Tweet is a perfect symbol of the proverbial track being laid right now across Florida to become more open and accessible for all who visit and call The Sunshine State home.

Are you excited about Brightline? Do you want to see a Disney World train station built? Let us know in the comments!