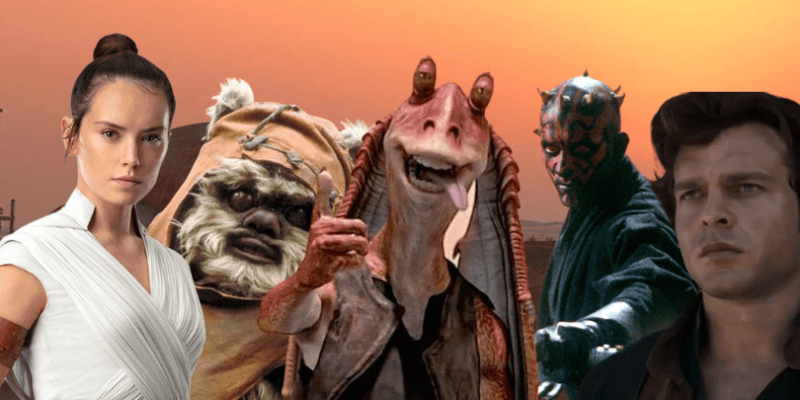 It’s no secret that certain Star Wars fans have become divided over the past few years. The Last Jedi and The Rise of Skywalker proved polarizing within the community, inciting fan negativity and even a call to erase Disney’s sequel trilogy. However, some fans continue to respect all Star Wars, and have started the hashtag #allstarwarsisgood in response.

The fanbase remains a pretty toxic place to be, sadly, with talk of what makes a ‘real Star Wars fan’ one of the chief issues. This hashtag intends to bind the fandom together once more, and remind them of their mutual love of Star Wars cinema, regardless of any malicious sentiment towards the newer stuff.

Star Wars is a galaxy for everyone — These people on Twitter have made their feelings on the series clear by using the new hashtag to defend Disney’s Star Wars to their followers.

(Warning: Some of these tweets may contain foul language)

Are people actually mad because of #AllStarWarsIsGood how tf is spreading positivity in the fandom a bad thing?

Many fans have taken to Twitter to try and end the negativity that permeates discussion about the Star Wars Saga. We can all recognize when a movie series has flaws, whether that be in its story or wider issues around character work or Hollywood producer interference.

Yet Star Wars is different, and ever since The Last Jedi became perhaps the most divisive piece of media ever, fan opinion has become either totally hostile or defensive of Disney’s sequel trilogy. Even liking a solo film like Rogue One or Solo can incite hostility from ‘real fans‘.

Equally, the prequel trilogy that much of the fandom used to mock is now held up as a misunderstood work of genius.

Regardless of what you think, this hashtag is meant to reunite the community. Need more Star Wars content? Here’s how to watch the entire saga in chronological order!

What do you think of the #allStarWarsisGood campaign? Let us know in the comments below.