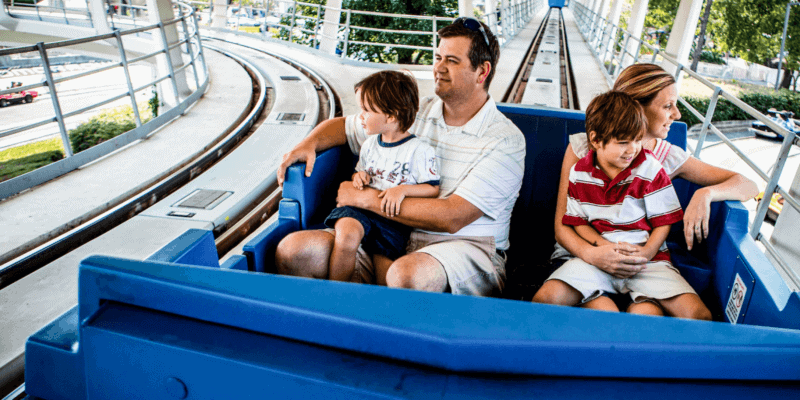 It was only a few days ago that Inside the Magic reported the Walt Disney World website has officially updated their website to mark the PeopleMover as “closed for refurbishment”. We even went through the next few months to find out when Disney plans on reopening the ride, which won’t be until November 1.

However, according to a recent tweet, it looks as though Disney is now testing the Tomorrowland attraction.

The tweet states the the PeopleMover was running and being tested after the theme park closed to the public. (Approximately 40 minutes after closing).

We aren’t sure what exactly this could mean as Disney has not made any other official announcements, other than the PeopleMover being marked as “closed for refurbishment” on the Walt Disney World website. This could just be routine for the company to ensure the attractions don’t just sit for long periods of time. It could also mean they ordered new parts for the attraction and are now testing to see if those, in fact, work correctly. At this point in time, all we know for sure is:

Inside the Magic will continue to update you as we get new information regarding the Tomorrowland attraction.

In case you haven’t been following, The Tomorrowland Transit Authority located inside Tomorrowland at Magic Kingdom has been closed ever since before the temporary park closures, which took place back in March. Once the theme parks reopened mid-July, Guests were hoping to see the PeopleMover open back up with the rest of the attractions, however, this wasn’t the case.

Are you excited to see Disney testing the PeopleMover in Tomorrowland? Let us know in the comments below.

If you want to visit the theme parks and check out the Tomorrowland attraction, The Tomorrowland Transit Authority PeopleMover, once it is reopened and need help planning — Don’t hesitate to reach out to our friends over at Academy Travel. Click here to learn more about the Authorized Disney Vacation Planners at Academy Travel and to get a free quote today!