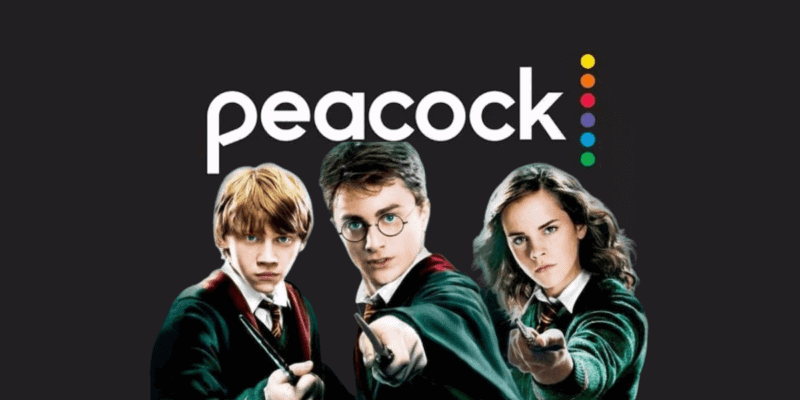 The peacock just became a much more magical creature. At least, the streaming kind.

According to Variety, the entire series will be made available later this year, and they shall remain available through 2021. Variety also reports that all eight movies will be available for those Potterheads with Peacock’s free, ad-supported tier.

“The Harry Potter franchise is beloved by people of all ages and represents the caliber of quality entertainment customers can expect to find on Peacock,” said Frances Manfredi, Peacock’s president of content acquisition and strategy, in a statement. “We’ve built a world-class collection of iconic movies and shows, and we will continue to expand the film library with treasured titles from NBCUniversal and beyond that will surprise and delight Peacock customers time and time again.”

The Wall Street Journal states that Harry Potter would normally be available on HBO Max because Warner Bros.–the studio that produced and distributed all eight films–and HBO are both a part of AT&T’s WarnerMedia. However, all eight films will be taken down from HBO’s new streaming service on August 25.

“NBCUniversal has had the commercial television rights for the “Harry Potter” movies since 2018, as part of a seven-year deal with Warner Bros. valued at as much as $250 million. The deal, which was reached in 2016, also included digital rights, but didn’t foresee the existence of either Peacock or HBO Max.”

But a rare streaming arrangement was made where HBO Max was allowed to host the Wizarding series until Peacock reached the point where it was available nationwide. That period lasted from HBO Max’ May release through late August. Now the time has come for Peacock.

While the 2016 agreement gives NBCUniversal the rights to Harry Potter through 2025, sources are reporting that the films are only be guaranteed to be streaming on Peacock for the next six months. Again, neither company foresaw the creation of either streaming service when the terms of the deal were made. At this point, only time will tell if NBCUniversal and WarnerMedia go back to the negotiating table.