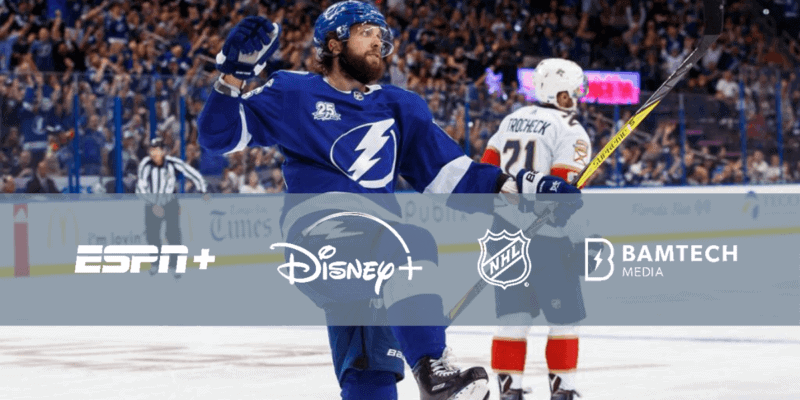 The Walt Disney Company has formed a partnership with yet another professional sports league as it prepares to restart its season. According to Deadline, Disney Streaming Services, along with Twitter, have partnered with the National Hockey League to provide a virtual fan experience for all of the fans yearning to be back in the arena.

Originally called Major League Baseball Advanced Media, the name changed to Disney Streaming Services once the business decided to branch out for other sports.

“NHL fans are fiercely passionate and are among the most engaged sports fans on social media,” said Heidi Browning, NHL Senior EVP and Chief Marketing Officer. “Everything our fans do shows us they want to have deeper connections with the League and our teams, and this exciting partnership with Twitter and Disney Streaming Services – especially during this unprecedented time of social distancing – provides the perfect platform to facilitate fan interaction and conversation, as well as drive broadcast tune-in.”

“The virtual fan experience has taken on a new meaning this year and we are excited to be partnering with Twitter and the NHL to launch these new interactive experiences for hockey fans during these unprecedented times,” said Barry Tishgart, SVP and General Manager, Hockey, Disney Streaming Services.

This shouldn’t necessarily come as a surprise as the official NHL app and NHL.tv are included in Disney Streaming Services. Along with Disney+ and ESPN+. It will be interesting to see if and how Disney and the NHL decide to expand that virtual fan experience beyond the NHL app.

This is the third partnership the Walt Disney Company has formed with professional sports. the Walt Disney World resort is already hosting both the National Basketball League and Major League Soccer as they both look to complete their seasons at the ESPN Wide World of Sports Complex.

Read More: An Inside Look at the NBA Bubble at Disney World

According to NHL.com, the season is set to resume at two hubs of Toronto and Edmonton on August 1.

What do you think about Disney partnering with so many professional sports leagues? Which do you like best: NHL, MLS, or NBA? Let us know in the comments!