Limited Edition 'The Mandalorian' Soundtrack Releases on Vinyl - Inside the Magic 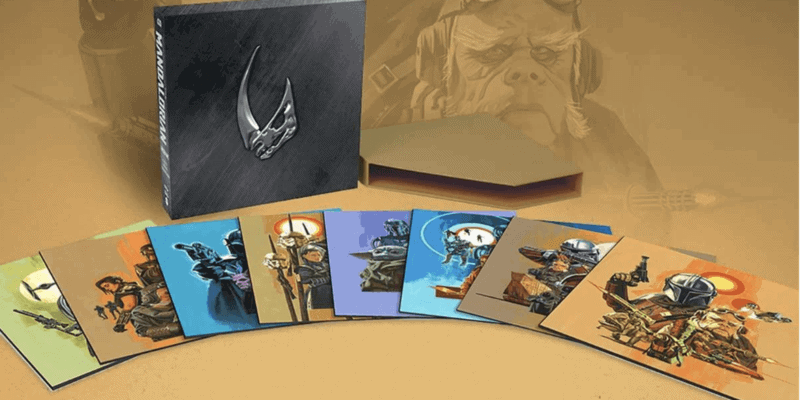 The beautifully designed 8XLP box set features one record for each “chapter” of the eight-episode first season of The Mandalorian. Paul Mann, who has created numerous Star Wars posters and other artwork throughout his 40+ year career, designed the record covers.

Mondo.com provided Star Wars fans with the following information about The Mandalorian’s composer:

“It’s no longer a secret that Ludwig Göransson is the most talented and exciting person working in film and television music right now. But what goes unspoken is his chameleon-like ability to play within multiple genres, even within single cues of his songwriting for the screen.”

“His music for films like CREED and BLACK PANTHER showcase not only his collaborative nature, but also his relationship to pop and hip hop, as well as blending untraditional instrumentation with traditional orchestras. His score for The Mandalorian is similarly masterful in its ability to be wildly experimental while never feeling out of place – like a synth spaghetti western score that feels inspired in equal parts to Ennio Morricone, John Williams. and Hans Zimmer, while also never feeling like a pastiche. We are honored to be the home for this complete score.”

Göransson also recently released a music video that features the theme song from The Mandalorian.

Fans of the hit Disney+ Star Wars series don’t have to wait much longer to find out what adventures (and misadventures) Din Djarn (Pedro Pascal), The Child, Cara Dune (Gina Carano), Moff Gideon (Giancarlo Esposito), Ahsoka Tano (Rosario Dawson), and the rest of the cast will get into in Season 2. The second season of The Mandalorian will begin streaming in October.

There will only be 3,500 Mandalorian vinyl record sets available, so don’t forget to preorder yours tomorrow!

Comments Off on Limited Edition ‘The Mandalorian’ Soundtrack Releases on Vinyl