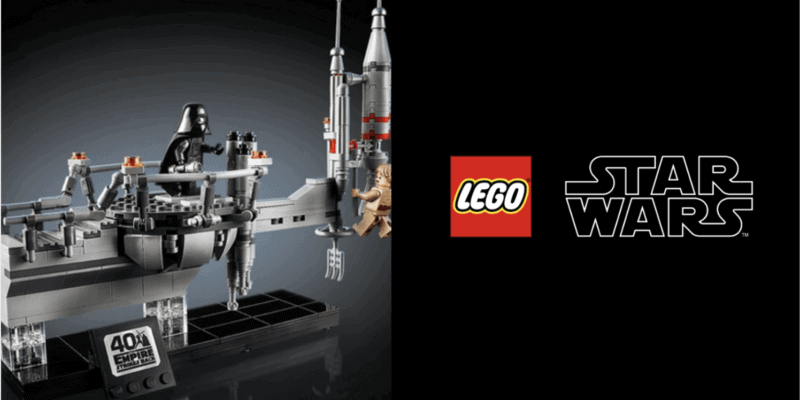 If you’ve been anxiously awaiting the official release of the upcoming LEGO Bespin Duel Set, you’re not alone. Unofficial images of the new Star Wars LEGO set have been floating around the internet for several weeks.

Just yesterday, however, astute Star Wars fans noticed that the official instructions have landed on the LEGO website along with authorized images of the LEGO set.

This Darth Vader™ reveal quote is probably the most poignant line from any of the Star Wars™ films; the defining moment when Luke Skywalker™ learns the devastating truth about his family heritage – and chooses his path.

Now you can build this iconic scene from the Star Wars Saga, released as an official LEGO® model for the first time, to celebrate the 40th anniversary of Star Wars: Episode V – The Empire Strikes Back. Happy building!”

This soon-to-be-released LEGO set includes 294-pieces and two LEGO minifigures, neither of which are exclusive to this set.

The Darth Vader LEGO minifigure also comes with the Death Star Final Duel set (released today, August 1) and the Luke Skywalker figure is included with the massive Betrayal at Cloud City playset [below].

The brickset, priced at $350.95 on shopDisney, includes a large collection of Star Wars LEGO minifigures:

Neither the release date nor the preorder date for Bespin Duel have been released at this time. Stay tuned to ITM for LEGO news and other official images of this set that is perfect for any Star Wars fan‘s collection.

Are you excited about this first look at the upcoming Bespin Duel LEGO set? Do you think this is the most iconic Star Wars scene in the Skywalker Saga?