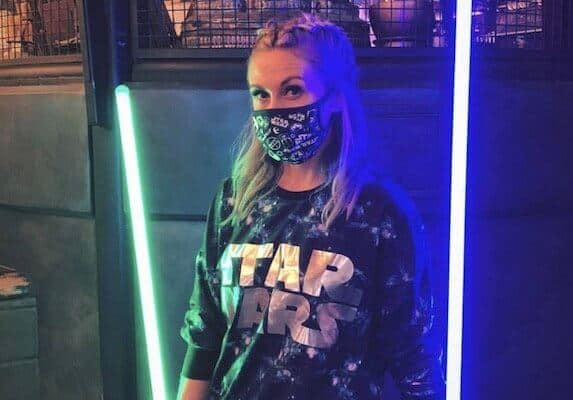 The Clone Wars animated series star had the honor of revealing the news on the Disney Parks Blog Instagram page. During the celebration of the one year anniversary of Galaxy’s Edge at Disney’s Hollywood Studios in Orlando, Eckstein and her sister got to share their Batuu adventures. 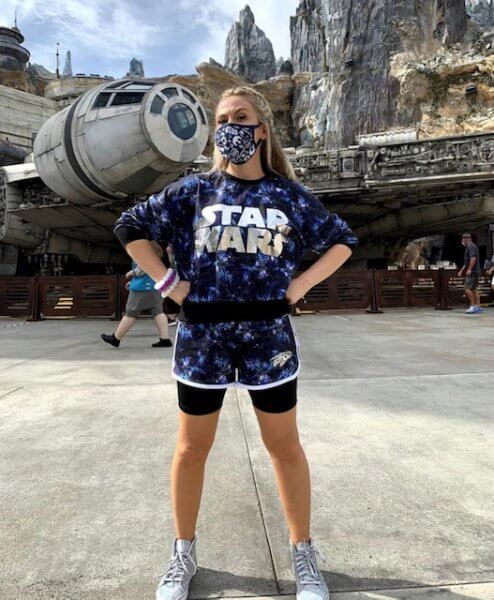 After a ride on the Millennium Falcon, Ashley Eckstein wanders into Dok-Ondar’s Den of Antiquities. Eckstein then goes to have a word with Dok-Ondar and he has something special for her. She opens up the case to reveal Ahsoka Tano’s light-sabers!

Related: Ahsoka Tano Reported To Get Own Series on Disney+

Eckstein then takes viewers with her to the Droid Depot to make her own R5 Unit that is decked out in Ahsoka Tano’s traditional blue, white, and oranges color palette. She named her finished droid R5-Z2. Next, her and her sister stopped by Oga’s Cantina for some fun refreshments. Ashley Eckstein ended her time on Batuu by getting on the Rise of the Resistance attraction!

After watching her journey through Star Wars: Galaxy’s Edge, one thing is for sure, color-changing lightsabers are coming! We can’t wait!

@AshleyEckstein, voice of Ahsoka Tano from “Star Wars: The Clone Wars,” recently shared her Star Wars: #GalaxysEdge adventures ?, including a first look at the new Ahsoka Tano Legacy Lightsaber hilts, in a stories takeover in honor of the land’s one-year anniversary. Check out her full adventure in our story highlights or on the Disney Parks Blog (link in bio). #DisneyMagicMoments

Are you going to try to get your hands on the new Legacy Lightsaber? Let us know in the comments!

Planning a trip to Star Wars: Galaxy’s Edge? Let us help with your vacation planning!