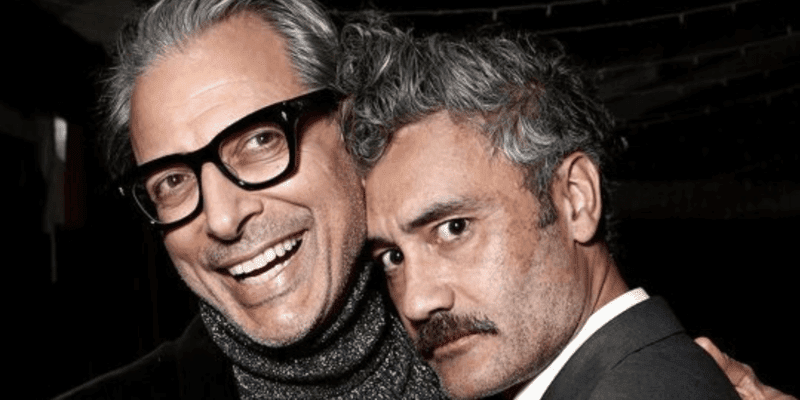 Now, Goldblum has suggested that the Marvel duo have been discussing another movie that would see them working together once more.

During a recent interview with Insider, Goldblum had this to say when he was asked if he would appear in an upcoming season of The Mandalorian (for which Waititi directed a Season 1 episode):

“I’m a fan of it! I’m a fan, of course, of Taika Waititi. I adore him, always did before I even worked with him, and maybe we’ll do something again together. We’ve talked about doing something else that has to be secret right now but I would do anything with him, sure.”

The interviewer suggested a “quirky alien bounty hunter” role, to which Goldblum responded:

“Oh, that’s fun! Well, I did that thing with Taika for Marvel [Ragnarok], and I was a little bit of a mixed kind of character, a little bad in that, so I can imagine what you’re talking about.”

Currently, Waititi has quite a few Walt Disney Company projects on his plate. He is working on the upcoming Thor: Love and Thunder (2022) and has confirmed he’s begun writing an as-yet untitled Star Wars film, set for theatrical release in 2023 or 2025.

For his part, Goldblum, who is perhaps best known as Malcolm in the Jurassic Park film franchise, currently has his own Emmy-nominated series on the Disney+ streaming platform. As a matter of fact, The World According to Jeff Goldblum was recently green-lighted for a second season.

Since Goldblum remained tight-lipped about what his “secret” film with Waititi could be, we’ll have to wait to see if it’s an entirely new project or one of the upcoming Disney films Waititi has already been confirmed for.

What are your thoughts on this potential Jeff Goldblum and Taika Waititi secret project?