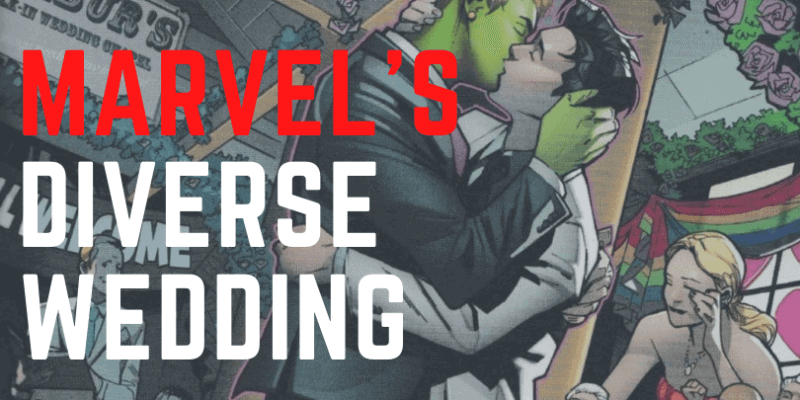 Marvel Comics will make history this week as it publishes the first same-sex superhero wedding ever put to page.

While gay marriage has been featured in a Marvel comic before, this is the first time we’ve ever seen two super hero characters tie the knot. Two Young Avengers, no less!

It reflects the growing call for diversity in both the comic books and the Marvel Cinematic Universe. The MCU was even attacked for featuring a gay couple who are married in the upcoming Eternals movie by One Million Moms.

Meanwhile, Marvel has given us the wedding of the century in this revolutionary superhero comic.

Having a gay character isn’t new to Marvel. Ice Man was revealed as LGBTQ a few years back and was given his own run by atrist – writer Sina Grace.

Even gay marriage isn’t new to the world of Marvel, but seeing an Avenger marry another Avenger is pretty cool and something not seen in any superhero story until now.

Empyre #4 concluded with a surprise flashback to the wedding of Hulkling and Wiccan and will be addressed in full in Empyre #5, set to release on August 12.

Wedding bells are ringing for the Young Avengers

The happy couple decided to tie the knot before Hulkling leaves to become Emperor of the Kree / Skull alliance, a conflict that Marvel Cinematic Universe fans will remember from Captain Marvel.

Hulkling and Wiccan then debate how and where to get married, eventually settling on teleporting to Las Vegas for a small ceremony with the other Young Avengers as the congregation.

Describing the wedding in the next issue of the story, Wiccan calls it the ‘ultimate drop-everything secret mission’ and tells the Human Torch and Captain Marvel he ‘couldn’t keep it in … everything I felt about him … this unbelievable space prince’.

Congratulations to Marvel for making comic book history by offering the same kind of representation heterosexual couples would expect in the Marvel universe. We can’t wait to see what the future holds for Marvel.

What did you think about Empyre #4’s big wedding? Let us know in the comments below.