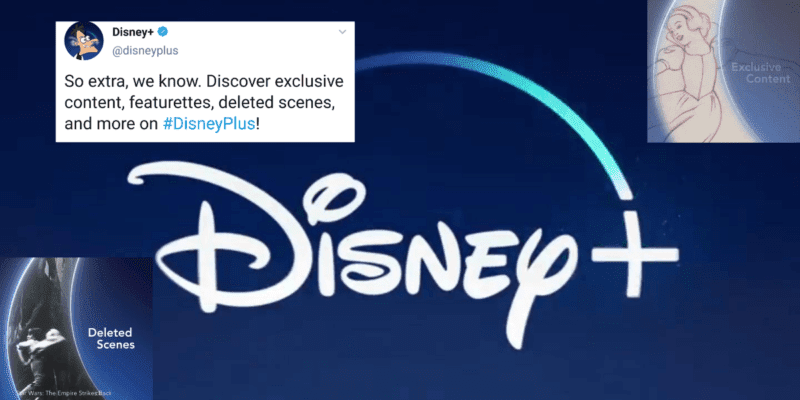 The Disney+ official twitter account posted a trailer highlighting its “Extras” feature. Extras are included in your Disney+ subscription and offer even more exciting content beyond the movies and shows. In the trailer posted by Disney+, we can see the Disney+ Extras are similar to the special features on a DVD or Blu-ray, featuring trailers, behind the scenes footage, bloopers, and more!

If you are one of the 54.5 million users who stream Disney+ content, have you noticed the “extras” feature? It is easy to find and many movies and shows include this feature. First, select the title you want to stream. Then, scroll down and over to the right to find the “extras” category. If you are not sure of what to watch next, the trailers in Extras can be very helpful. If you are a movie buff or Disney fan, give this feature a try! There is even full audio commentary for some recently released movies like The Lion King.

What’s Next for Disney+?

Disney+ has been continually adding new content to the service since it launched in November of last year. This year has seen delays in timelines for new shows like the much anticipated ‘Falcon and Winter Soldier‘. However, fans can still get excited for the latest Disney live-action film Mulan for an additional $29.99 on September 4th. With the recent lineup changes, it is easy to see why Disney+ would be promoting their “extras” feature. “Extras” can help Disney+ fill in the gaps in the release schedule and help satisfy fans who are hungry for new content.

Have you used the “extras” feature? let us know in the comments!

Comments Off on VIDEO: Disney+ Shows off “Extras” Feature